Antonio Brown issued a sprawling public apology on Friday, but it ignored the rape accusers who most deserve an apology from the NFL star.
PHNjcmlwdCBhc3luYyBzcmM9Imh0dHBzOi8vcGFnZWFkMi5nb29nbGVzeW5kaWNhdGlvbi5jb20vcGFnZWFkL2pzL2Fkc2J5Z29vZ2xlLmpzIj48L3NjcmlwdD4KPCEtLSBUb3AgQXJ0aWNsZSBDQ04gLS0+CjxpbnMgY2xhc3M9ImFkc2J5Z29vZ2xlIgogICAgIHN0eWxlPSJkaXNwbGF5OmJsb2NrIgogICAgIGRhdGEtYWQtY2xpZW50PSJjYS1wdWItNjQ3MjA2OTY5MzY1NzE0MyIKICAgICBkYXRhLWFkLXNsb3Q9IjU4NDY0ODIyMjMiCiAgICAgZGF0YS1hZC1mb3JtYXQ9ImF1dG8iCiAgICAgZGF0YS1mdWxsLXdpZHRoLXJlc3BvbnNpdmU9InRydWUiPjwvaW5zPgo8c2NyaXB0PgogICAgIChhZHNieWdvb2dsZSA9IHdpbmRvdy5hZHNieWdvb2dsZSB8fCBbXSkucHVzaCh7fSk7Cjwvc2NyaXB0Pg==

Antonio Brown, believe it or not, officially wants back in the NFL.

Just less than a month after vowing to “never play” in the league again, the six-time Pro Bowler was back on social media Friday afternoon, pleading with the public to accept his apology for sprawling misdeeds.

It’s not especially noteworthy that Brown so forcefully expressed a desire to return to the NFL; he deleted the initial post indicating otherwise shortly after publishing it.

But what’s different this time compared to the countless other overtures he’s made on social media since being released by the New England Patriots is that Brown is actually showing remorse. Whether it’s enough to repair his fractured reputation and pave his way back to the league, though, remains to be seen. 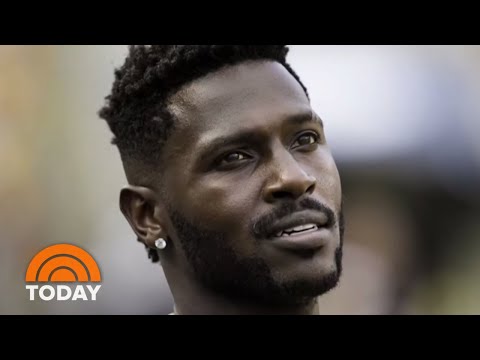 Though he deserves credit for copping to “challenges” he didn’t handle well and calling his behavior “inexcusable,” Brown nevertheless continues refuting the most problematic transgressions to have come to light over the past few months.

It’s not his unintentionally frostbitten feet, initial refusal to wear league-approved helmets, or even his mid-practice tirade directed at management that kept him from being picked up by another team after being waived by both the Patriots and Oakland Raiders in a span of two weeks. 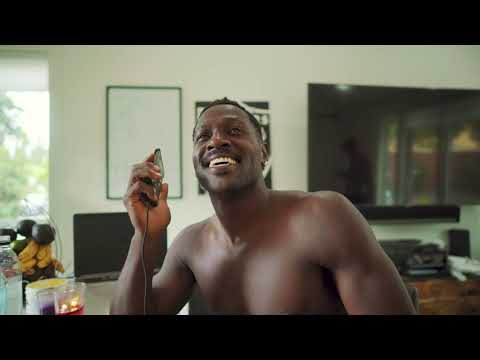 New England only moved on from Brown, remember, once a second allegation of sexual assault surfaced against him.

Not only was he credibly accused of making multiple unwanted sexual advances toward a woman who he hired to paint a portrait of him. Before that complaint was made public, Brown’s former trainer, Britney Taylor, told Sports Illustrated that a series of troubling incidents involving Brown ultimately led to an instance of forcible rape.

Brown has repeatedly denied both allegations, as he did again on Friday. But his history of being involved in domestic disputes – including a January incident that left Wiltrice Jackson, the mother of his daughter, with a cut on her arm after Brown allegedly shoved her – certainly lends credence to both charges made against him.

More damning? Screenshots of threatening texts Brown allegedly sent Taylor and his second accuser, the latter of whom received the messages after she detailed the allegation to Sports Illustrated.

Of course, even serial sexual abusers who are truly remorseful rarely admit their guilt. But any sympathy Brown gets for “taking full responsibility” for his actions and trying to “repair what [he] broke” should come with the caveat that he still denies the most heinous accusations made against him.

It’s become increasingly obvious of late that Brown wasn’t going to be picked up by another team before the playoffs. Rumors of a reunion with the Patriots have all but quieted entirely, and the Seattle Seahawks’ purported interest in him went nowhere before the team signed Josh Gordon.

The NFL has yet to conclude its investigation into his conduct, and an eight-hour meeting Brown had with investigators last month ended without him being reinstated.

Is his public apology Brown’s final way of appealing to both those conducting the probe and NFL teams that he’s a changed man, before it’s too late to play again this season? It certainly seems that way.

But unless the investigation clears him of all wrongdoing, there’s almost no imaginable scenario in which Brown finds his way back to the NFL. And for a man who’s been accused of multiple instances of sexual assault and domestic violence, any other outcome would be a travesty.

Jack Winter
Jack Winter lives in Portland, OR. A veteran NBA writer, he also has experience covering the NFL, US politics, and pop culture. Follow him on Twitter, or reach him directly at john.armstrong.winter@gmail.com.
Subscribe
0 Comments
Inline Feedbacks
View all comments
← PreviousPhiladelphia Phillies Spend $100+ Million to Become NL East’s 3rd Best Team
Next →Michael Vick Doesn’t Deserve Pro Bowl Honors – But Not for the Reason You Think

Bill O’Brien Is Gone – Can Houston Salvage the Ruins?
October 5, 2020 No Comments

John Harbaugh Is Picking a Fight He Can’t Win With the NFL
October 5, 2020 No Comments

Don’t Bank on Cam Newton Carrying the Patriots Too Far
October 4, 2020 No Comments

‘Fire Adam Gase’ Protest Was the Most Jets Thing Ever
October 4, 2020 1 Comment
PHNjcmlwdCBhc3luYyBzcmM9Imh0dHBzOi8vcGFnZWFkMi5nb29nbGVzeW5kaWNhdGlvbi5jb20vcGFnZWFkL2pzL2Fkc2J5Z29vZ2xlLmpzIj48L3NjcmlwdD4KPCEtLSBSZWNvbW1lbmRlZCBwb3N0cyBBZCBDQ04gLS0+CjxpbnMgY2xhc3M9ImFkc2J5Z29vZ2xlIgogICAgIHN0eWxlPSJkaXNwbGF5OmJsb2NrIgogICAgIGRhdGEtYWQtY2xpZW50PSJjYS1wdWItNjQ3MjA2OTY5MzY1NzE0MyIKICAgICBkYXRhLWFkLXNsb3Q9IjI3MzY1ODYyMzUiCiAgICAgZGF0YS1hZC1mb3JtYXQ9ImF1dG8iCiAgICAgZGF0YS1mdWxsLXdpZHRoLXJlc3BvbnNpdmU9InRydWUiPjwvaW5zPgo8c2NyaXB0PgogICAgIChhZHNieWdvb2dsZSA9IHdpbmRvdy5hZHNieWdvb2dsZSB8fCBbXSkucHVzaCh7fSk7Cjwvc2NyaXB0Pg==