Disneyland decided on Thursday to temporarily close its doors. They made the right move despite California Governor Gavin Newsom’s green light to stay open.

Newsom ordered a ban against all large gatherings of 250 people or more in the state of California. He exempted certain businesses like theme parks and casinos because of their “unique circumstances.” Newsom continues:

We’ve been meeting with leaders in those respective industries. The complexity of their unique circumstances requires additional conversation, a different kind of engagement in real-time.

It’s mind-boggling that Newsom allowed Disneyland to stay open after so many mass cancellations, like the NBA suspending its season. Newsom claimed the Disneyland situation was “complex” but what’s so complex about it?

Disneyland averages 50,000+ visitors a day. Disney-owned California Adventure averages 27,000+ visitors daily. That’s a mid-sized city’s worth of strangers from all over the world mixing germs. Theme parks should’ve been among the first places to be banned. Disneyland, after all, was the epicenter of a 2014 measles outbreak. 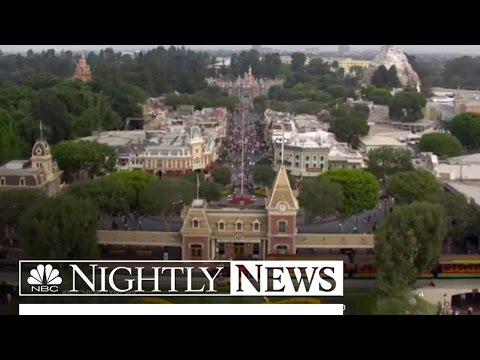 Park visitors are exposed to each other equally, if not more, than attendees of other large gatherings. They’re constantly in close quarters with the endless lines, food courts, and overcrowded bathrooms. Everyone who gets on a ride immediately puts their hands on the metal bars that hold them in place. Some scientists claim that coronavirus can live on metal for potentially up to a week.

And then there’s the coronavirus’ secret couriers: children. Children have shown far fewer serious symptoms than adults, which is a good thing. But it’s a bad thing when they’re carrying the virus and no one knows about it. Parents could unwittingly spread COVID-19 throughout California and beyond by bringing their asymptomatic little ones to theme parks.

Was Newsom influenced by big money? Disney is one of the largest corporations in the world with a market cap above $250 billion as recently as February. While it would be a leap to assume that Newsom did this for monetary reasons, we do know that he’s not above scandalous activities.

Whatever the reason for Newsom’s exemption, let’s hope he wises up and cuts off all unnecessary exposure in the future. The next month or so will be less fun, but it can be safer.