After two weeks of tremendous production, NFL star wide receiver Mike Evans of the Tampa Bay Buccaneers was invisible against the New Orleans Saints, and fantasy football fans on Twitter were not happy.

Give yourself a hand … you have the same number of catches as Mike Evans and O.J. Howard today.

The New Orleans Saints are a formidable opponent, and there was no real shame in Tampa Bay’s 31-24 loss on Sunday. The Bucs came within a touchdown and two-point conversion from beating the Rams and Saints (two of the top five Super Bowl favorites) in two weeks. 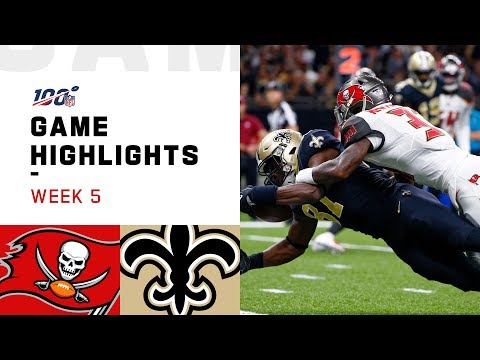 The reason that Evans’ performance was headline news was that NOLA’s pass defense was forecast to be awful and the $82.5 million dollar man was supposed to be making Marshon Lattimore look like a high schooler.

Marshon Lattimore shut down Mike Evans in the @Saints win, allowing 0 receptions on 2 targets as the nearest defender.

Lattimore shadowed Evans all over the field, lining up across from him on 43 of Evans' 53 snaps (81%). #NOvsTB | #Saints pic.twitter.com/kSsyRAMJu9

This was not the case, as Mike Evans was only targeted three times and managed to come up without a single yard of offense. According to Greg Auman from The Athletic, Jameis Winston (the Buccaneers quarterback) had the following to say on Mike Evans’ ghost impression:

“They just clouded to his side. Every time he was singled, they would cloud. They were doubling him in the slot. We just have to find a way to get him open, and we will.”

Making an average of $16.5 million a year and with $38.2 million guaranteed in his five-year contract, Evans is now the second-highest-paid wide receiver in the NFL, behind Odell Beckham Jr. now that Antonio Brown is a free agent. Such a hefty sum puts a lot of pressure on a player. But if Mike Evans is being double-teamed, it’s not his fault if his production falters. The former Texas A&M standout is still doing his job by drawing looks for his teammates, which was a significant part of why fellow receiver Chris Godwin had such a strong showing.

Jameis Winston Is Right: Buccaneers Must Get  Evans Involved Every Week

This won’t be much solace to fantasy football owners who went all-in on another multi-touchdown performance for Evans this week.

“Mike Evans are you gonna get me any fantasy points?”

Like walking a batter in baseball, sometimes a receiver is just too good to let him play. New Orleans knew they could stop Tampa Bay’s running backs and Evans with a double team, leaving Winston’s only option to try to beat them with Godwin, which they didn’t. Crowding Evans will be a standard play this year and makes him an extremely boom or bust option in fantasy football. In the real world, Jameis Winston is precisely right: the Buccaneers coaches must find a way to get their star involved every week regardless of the coverage.