By CCN.com: In case there was any doubt, President Trump has made it clear what he believes it will take to jumpstart this economy. He would like to see a 100 basis-point cut in interest rates topped off with a dose of quantitative easing. Wall Street is largely expecting a half-point rate cut.  The president might have had a better chance of getting what he wants by using reverse psychology on the Fed instead of trying to tell them what to do.

The timing of the president’s tweetstorm is seemingly no coincidence, with the Federal Reserve scheduled to release its minutes later in the week. All eyes will once again be on Fed Chair Jerome Powell, who is doing his best to steer the monetary policy ship in a manner that is independent of politics. In one fell swoop, however, the president may have just backed the economy, himself, and Powell – the latter of whom is trying to save face at this point – into a corner.

…..The Fed Rate, over a fairly short period of time, should be reduced by at least 100 basis points, with perhaps some quantitative easing as well. If that happened, our Economy would be even better, and the World Economy would be greatly and quickly enhanced-good for everyone!

The Economy and Jackson Hole Conundrum

If Powell in his speech on Friday takes a cue from the yield curve and stock market, he could hint toward more aggressive rate cuts to come. By doing that, the Fed chair could be accused of caving to pressure from the president given that the economic indicators such as retail sales have been encouraging. That won’t go over well with Powell’s desire to stay independent. But if he ignores what the bond and stock markets are saying to prove a point, Powell can cause more harm to the economy for the sake of his reputation. So he basically can’t win, barring any sort of U.S./China trade-related miracle that would share the economic spotlight. 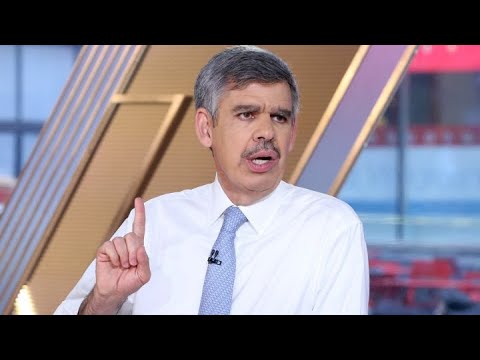 Last week’s selling in the stock market may have been overdone, but volatility is expected to continue for the foreseeable future as emotions remain high. Meanwhile, stocks and President Trump are trying desperately to send a message to the Fed. Soon we will know which message they will heed.