Success in the NFL, as in life, often hinges on the ability to make good decisions. As the quarterback of the Dallas Cowboys, Dak Prescott knows that. While Jerry Jones should, he hasn’t made many as the owner/general manager. But he made a great one last year when he finally decided to let Jason Garrett go.

At first, it looked like he made another good one when he hired a former Super Bowl champion, Mike McCarthy. However, if the early returns are any indication, he may have hired Jason Garrett 2.0 instead. In both games the Cowboys have played, McCarthy made at least one decision that defied logic.

It’s a pattern that should encourage Dak Prescott to take these talents into free agency: 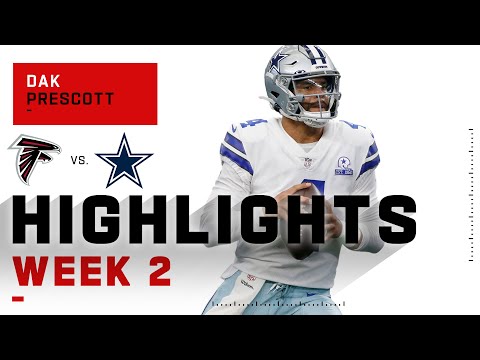 Against the Los Angeles Rams in the season opener, McCarthy had the chance to tie the game up at 20-20 with a little less than 12 minutes to play. But rather than kicking an easy field goal on fourth and three from the 11-yard line—he went for it.

After the game, several players backed the decision and said they like McCarthy’s aggressive approach. But in situations like those, the players always want to go for it. But it’s the job of the head coach to make the right strategic decision, sans emotions.

If that wasn’t bad enough, he followed it up with another doozy against the Falcons.

The Cowboys had a chance to pull within eight and make it a one-score game, McCarthy decides to go for two after a Dalton Schultz touchdown made the score 39-30. With five minutes to go, they could not count on getting the ball more than once. If the Falcons had known how to cover an onside kick, they would not have had a chance to kick the game-winning field goal.

The onside kick that set up the comeback!@dallascowboys NEVER QUIT.

He has every reason to stay in Dallas, of course. Ezekiel Elliot is one of the best running backs in the game. Amari Cooper, Michael Gallup, and CeeDee Lamb are a trio any quarterback would love to have. His offensive line, when healthy, is one of the best in the business.

To top it all off, he looks excellent playing in Kellen Moore’s offense. But if what we have seen so far out of Mike McCarthy is any indication, he won’t make the kind of decisions that will get Prescott and the Cowboys to the Super Bowl.

The season is young, and McCarthy can get things turned around and start making better calls. But his history of bad decisions in Green Bay makes that seem unlikely.

If getting paid $40+ million is what matters most to Prescott, he should remain with the Cowboys. But if he wants to get from under another questionable head coach and have a real shot at getting to and winning the Super Bowl—he should test free agency.