Cristiano Ronaldo’s case to be called the greatest of all time just got stronger. The 35-year-old scored his 100th and 101st international goals on Tuesday to help Portugal beat Sweden 2-0 in the UEFA Nations League.

Ronaldo shone barely days after his main rival in the GOAT debate, Lionel Messi, ended a transfer standoff with Barcelona in embarrassing fashion. Messi backed off his request to leave the Camp Nou after Barca, and La Liga stood together to enforce a clause in the player’s contract demanding interested teams pay a release clause worth €700 million.

While Messi’s been distracted, Ronaldo has been making more history. He’s now eight short of Iran’s Ali Daei as the all-time leading goalscorer on the international stage.

It’s just one more number for Ronaldo’s supporters to use against fans of Messi.

If numbers are the proper judgment of who is the greatest, Ronaldo has the ones that count. He’s outshined Messi when the two have represented their countries. 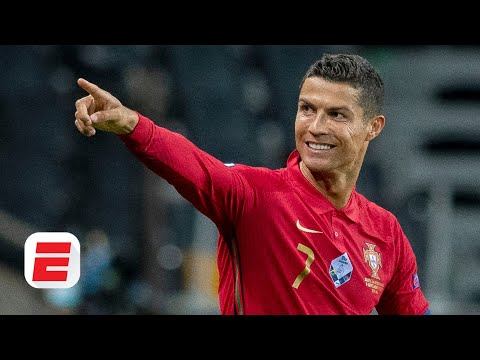 Goals aren’t the only way to determine a player’s greatness, though. Messi plays a complete game. He’s more creative than Ronaldo and less reliant on the service of others to help him produce his customary brilliance.

Messi can do things no other player can. Yet Ronaldo is the one with the numbers and hardware to back his case.

If the stat line has the most impact, then Ronaldo is running away with the GOAT debate.