The Premier League has provided a home to some tremendous defenders. None have been as dominant as Liverpool’s Dutch colossus.

For the first time in 726 Premier League minutes, Liverpool’s backline was breached on Wednesday. Raul Jimenez rose highest to nod home from Adama Traore’s cross, drawing Wolves level at 1-1. There would be no eighth consecutive clean sheet for Jurgen Klopp’s side.

It is easy to forget now, but Liverpool were once far from a paragon of defensive solidity. In the first half of the 2017/18 campaign, they conceded five to Manchester City, four to Tottenham, three to Arsenal, and three to Watford. Then they signed Virgil van Dijk.

The Dutchman has now been at Anfield for two years. In that time he has utterly transformed Liverpool. The Reds have become the most well-rounded team in the world. Their defence is no longer a liability. And Van Dijk has proven himself to be the greatest center-half in Premier League history. 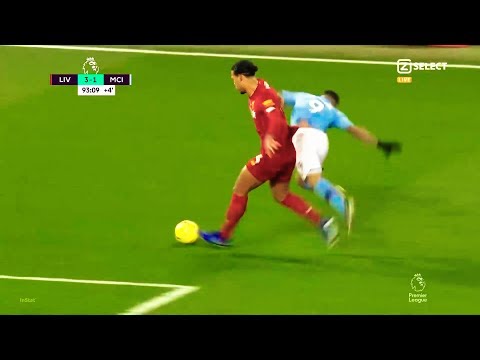 That is no mean feat. England’s top-flight has provided a home to numerous world-class central defenders down the years.

The first was Tony Adams. A natural-born leader who was strong in the air and a fine reader of the game, Adams captained Arsenal to Premier League glory in 1998 and 2002. During that time he competed against Manchester United’s Jaap Stam and Chelsea’s Marcel Desailly, two more excellent center-halves.

Arsenal signed Sol Campbell as Adams’ long-term replacement in 2001. Powerful and athletic, the England international was a phenomenal one-versus-one defender.

Yet that was not enough to guarantee Campbell a starting spot at international level. John Terry was even better than his countryman. So too was Rio Ferdinand, who formed a magnificent partnership with Nemanja Vidic at Manchester United from 2006 onwards.

Vincent Kompany must also be part of the conversation. The Belgian was key to each of Manchester City’s four Premier League title triumphs. Pep Guardiola’s side have struggled without him this term. 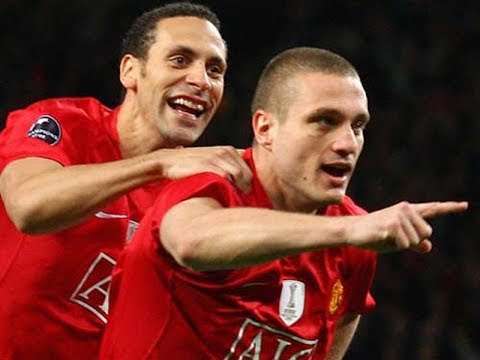 All of the above were terrific center-backs. But none was as influential or dominant as Van Dijk. No defender in Premier League history has reached the levels the Netherlands international has hit in the last two years.

The likes of Terry, Ferdinand, Vidic and Kompany have longevity on their side. Terry was voted into the PFA Team of the Year for the first time in 2003/04 and the last in 2014/15. Ferdinand won his first title in 2003 and his last in 2013. Vidic and Kompany played in the Premier League for a combined 19.5 seasons.

Van Dijk cannot compete in that regard. This is his fifth campaign in the Premier League. But two and a half of those came with Southampton. The Dutchman was largely excellent at St Mary’s, but he was not in the conversation for the division’s greatest ever defenders.

That has changed since his move to Liverpool in January 2018. Van Dijk has not achieved as much as Adams, Terry, Ferdinand, Vidic, Desailly, Kompany or Campbell. He has not yet even won a Premier League title, although it is only a matter of time before Liverpool are crowned 2019/20 champions.

What Van Dijk has done is remodel a team beyond recognition. Manchester United’s signing of Eric Cantona in the early 1990s turned them into a title-winning machine. Cantona’s presence and influence seeped through the entire club. Van Dijk has done similar at Liverpool. He has set standards in the dressing room. He has made the players around him better.

The Dutchman is 28 years old. He should go on to win many more trophies at Liverpool. He may even go on to exceed Kompany’s haul of four Premier League titles, or match Terry’s tally of five.

He still has a way to go in that regard. But Van Dijk has already reached new peaks for center-back performance. Now he must maintain it.