Chinese Economy Collapses in the First Quarter – Is the U.S Next?

The Chinese economy is collapsing across the board. As quarantines and travel restrictions sweep the world, the U.S. could be next.

The coronavirus pandemic has devestated China’s economy with double-digit declines on a wide range of indicators. The crash was worse than many analysts expected and could set the stage for a multi-quarter slowdown.

If China, the world’s second-biggest economy, enters a recession, the rest of the globe will probably follow. Expect to see a drop in U.S. corporate earnings – especially for companies that do business in China.

Coronavirus Pandemic is Spreading Around the World

The coronavirus, also known as Covid-19, is spreading rapidly around the world. According to the latest data, the disease has grown to infect over 169,000 people with 6,613 fatalities. Viral spread seems to have subsided in east Asia, but major hot spots have developed in Western Europe and North America.

Although there is doubt about the accuracy of China’s coronavirus infection numbers, which have remained frozen at around 80,000 for weeks, mass quarantines and travel restrictions seem to have beat back the virus — at a staggering economic cost.

The latest data out of China show that China’s economy experienced a dramatic collapse in January due to a slowdown in production, spending and investment.

China’s First-Quarter Collapse Was Much Worse Than Expected 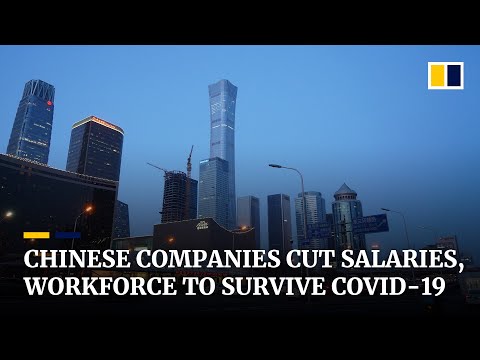 We are now two-and-a-half months into the first quarter and 2020, and if the data from January and February are anything to go by, China’s economy has already started to collapse. If the ripple effect is bad enough, this could lead to two consecutive quarters of negative growth, which would indicate a recession in the world’s second-largest economy.

Chinese authorities released new economic data on Monday showing a dramatic slowdown in economic activity across the board:

Unsurprisingly, the transportation industry is facing the brunt of the slowdown. China aviation passenger numbers fell 84.5% in February and automotive sales have plunged over 80%.

Will China Experience a Recession? 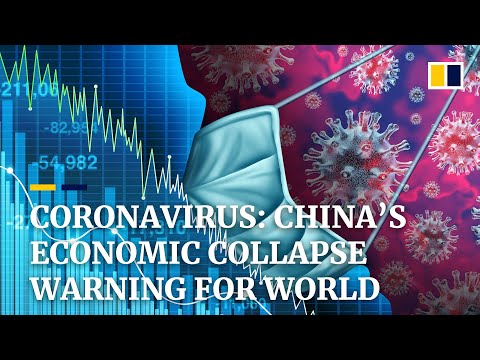 With first-quarter declines so massive, the Chinese economy may be on the verge of recession. Policymakers in Beijing are using their usual, heavy-handed tactics to try and delay China’s economic reckoning.

The People’s Bank of China plans to pump 550 billion yuan ($78 billion) into the banking system to spur lending in the economy, and some in China believe they will be able to stave off a downturn.

Wei, Jianguo, a vice-chairman at China’s Center for International Economic Exchanges has this to say:

The coronavirus is a big shock for global markets and will lead to an economic growth slowdown. But the global economy’s future is not completely dark.

But some analysts believe the pain is just beginning for the world’s second-biggest economy. And they are probably right. According to Evans-Pritchard, a senior economist for Capital Economics, the data are worse than it looks.

He states the following:

The slump in February was diluted in the data by being averaged with January, when most of the disruptions were yet to be felt.

Larry Hu, an economist at Macquarie Group, also predicts a first-quarter rout. He believes China’s $14 trillion economy will contract by as much as 6% in the first quarter compared to the prior year period.

What Does This Mean for the United States?

A slowdown in China will have a direct impact on U.S corporate earnings, especially for the FAANG stocks that make up around 15% of the American stock market. Many of these companies have both supply chains and markets in China that will be impacted by the drop economic activity.

As the coronavirus pandemic spreads deeper into the United States, lockdowns and travel restrictions could cause the U.S. economy to capitulate much as China did in January and February.

The United States currently reports 3,813 coronavirus infections and 69 fatalities. Most deaths are concentrated in Washington state where Microsoft, Amazon and Boeing are based.

September 22, 2020 1 Comment
← PreviousIf You’re Crazy Enough to Play The Stock Market, Staples Are Your Best Shot
Next →This Is Why the Dow Jones Just Crashed 3,000 Points