One of the most dominant pass-rushers in college football history has officially declared for the NFL draft.

Now that Chase Young’s Ohio State career is in the rearview mirror, it’s time to imagine his next one – and a former teammate in Columbus knows exactly how he wants it to begin.

Young announced on Instagram Friday that he has declared for April’s NFL draft.

The news comes as no surprise after he dominated his competition during his three years in Columbus, cementing himself as perhaps the top prospect in the 2020 class.

Young had 16.5 sacks, 21 tackles for loss, 46 tackles, and seven forced fumbles during his final season with Ohio State. He won multiple awards as the best overall defensive player in the country and was a unanimous First Team All-American.

Young’s performance in 2019 was especially impressive because he was the focus of every opposing team’s scouting report. He burst onto the scene last season while backing up No. 2 overall draft pick Nick Bosa, finishing his sophomore season with 10.5 sacks while leaving NFL scouts giddy.

At 6-foot-5, 265 pounds, Young boasts a mouth-watering combination of size, strength, and all-around athleticism. ESPN’s Mel Kiper and Todd McShay each rank him as the No. 1 overall prospect in this year’s draft. 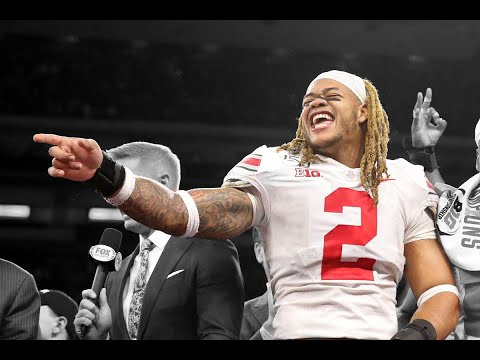 But the rise of LSU superstar Joe Burrow makes it unlikely Young will hear his name called before anyone else’s come April. The Cincinnati Bengals own the No. 1 pick, and it would be legitimately shocking if they didn’t select the record-breaking Heisman Trophy winner at the top of the board.

That near inevitability clears the way for the Washington Redskins to pluck Young with the draft’s second pick. Just in case Washington’s need for pass-rushers and Young’s caliber as a prospect didn’t make their partnership a foregone conclusion, though, Dwayne Haskins teased it on Twitter.

Haskins, the Redskins’ first-round pick last year, was teammates with Young for the Buckeyes in 2017 and 2018. The pair led Ohio State to a 13-1 record and Rose Bowl victory last season.

Could they propel Washington to similar success at the next level? Given the Redskins’ 3-13 record and Haskins’ struggles as a rookie, that possibility seems a long way off.

But there’s nothing more important in the modern NFL than passing the ball and getting after the passer. In Haskins and Young, Washington would at least have two foundational pieces needed to jumpstart its rebuild toward contention.