Last week Estonia invited anyone, anywhere, to become an e-citizen of the Estonian digital society, open a bank account in Estonia, or start a business. By the end of the year, anyone with an internet connection will be able to live their financial life in Estonia, all without being physically present.

E-residency is a first step towards a world where a person’s online identity matters just as much as their offline identity.

“This is the beginning of the erosion of the classic nation state hegemony,”

E-residents from all over the planet will use the same digital services that allow Estonians to do anything and everything digitally – sign all documents, launch and manage companies, do the banking, encrypt files, etc.

At this moment, those who want to become e-residents must physically go to Estonia for the paperwork, but Estonian embassies will soon be entitled and equipped to grant e-residency.

It’s not (yet) a virtual nation. E-residents won’t have an Estonian passport, and they won’t be automatically able to establish their physical residence in Estonia. There will be regulations, limitations, and checks, for example, to ensure that businesses registered in and operated from Estonia pay taxes. But all things considered, the initiative of the Estonian government seems a very important first step in the right direction, toward a digital planetary society.

Participants in a Reddit discussion speculate on the implication for the Bitcoin crypto-economy.

In general, anything that weakens the importance of geography – the place of birth and the current physical location of a person – is good for the crypto-economy, which is global and borderless by nature.

Is Estonia the right place to start a Bitcoin business?

Coinbase seems to think so since they have chosen Estonia for their European operational headquarters and established a partnership with LHV Bank, which had previously announced a project aimed at exploring the potential of blockchain technology. Participants in the Reddit discussion confirm that opening a bank account for a Bitcoin-related business is very easy, at least with LHV bank.

Images from Risto0 and Shutterstock. 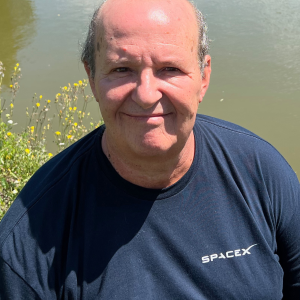 What if a Micronation Adopts Bitcoin as Official Currency?

How Government Organizations Can Set the pace for Blockchain Technology Adoption