A few weeks back, the Federal Reserve said it was “nowhere near out of ammo.” Turns out, neither are other regulatory agencies.

Earlier this week, the FDIC said it was making a rule change to ease reserve requirements on derivatives.

The change, signed off by the Federal Reserve and Office of the Comptroller of the Currency, is another shot in the arm to the struggling stock market.

Now, big banks with derivatives trades on the books would be able to hold less cash in reserves. In total, about $40 billion in bank capital could be freed up.

That money could then be lent out, most notably to venture capital funds that invest in smaller businesses.

This unwinds the “Volcker Rule,” which set limits on bank leverage. That was part of the broader 2010 Dodd-Frank Act.

The rule intended to set up a firewall between traditional banking and investment banking.

With that firewall in place, market damage on Wall Street would stop before it took down banking on Main Street.

Ultimately, the final rule was far from the original Glass-Steagall Act, a 1933 law set during the Great Depression designed to separate traditional banking and investment banking. That law was repealed in the 1990s.

Why all the history? Because when bank requirements get loosened, the party tends to get started. But when it ends, it doesn’t end well.

Glass-Steagall’s repeal in the late 1990s was overshadowed by the tech bubble bursting. But when the housing crisis erupted a decade later, the entire banking system was caught in its web.

And that’s the rub. Easing the rules now can help out our moribund economy. Getting more capital to small businesses right now is essential to keeping them open and keeping up employment.

But it also tends to lead to speculation down the line—the “in over your head” kind.

Short-Term Win for the Economy, Longer-Term Woes as a Result

So, bank stocks are partying now. So would a teenager who just got the keys to the family car. But it’s how they operate it that matters. And when banks don’t have hard, set limits, the damage can be incalculable.

Short-term, this is a win for the markets and even potentially the economy. And it came just hours ahead of bank stress tests, so the move is a clear sign that they don’t see any problem yet. 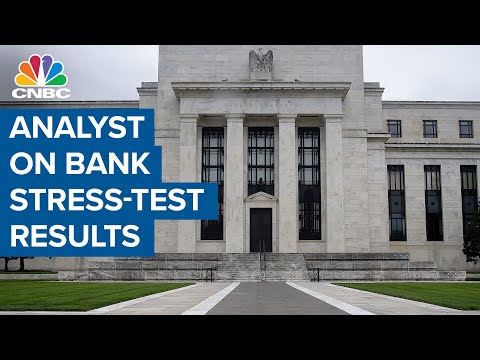 While $40 billion in reserves being freed up may not sound like much against hundreds of trillions of dollars in derivatives, many derivatives have a lower market value than their notational value.

It’s still huge, and it’s no reason to throw away a perfectly good rainy-day fund.

Ultimately, scrapping the Volcker Rule takes away a tool that banks will need in the future to fight a crisis now.

While it won’t end well, it may just kick off a great party in the markets before it does. Just watch out for the next bank meltdown.