We’ve all heard the saying, “buy low, sell high.” And most stocks are as low as they’ve been in quite a while thanks to the coronavirus pandemic, including Facebook (NASDAQ:FB) stock.

While many investors are choosing to play it as safe as possible, looking to staple stocks such as Walmart and Procter & Gamble, some see the current market as a huge opportunity. 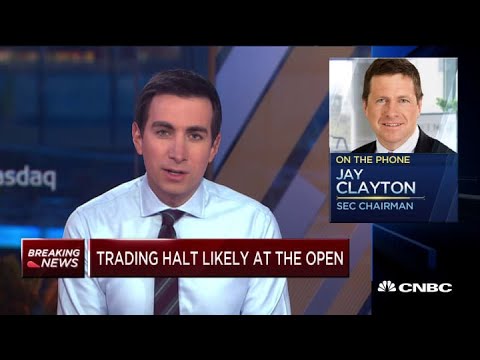 The coronavirus pandemic poses a unique problem for the entire planet, and our financial system is buckling under the strain.

Unusual times call for unconventional methods, and we’re seeing a lot of “out of the box” thinking as investors try to stay ahead of the curve and adjust their thinking to adapt to our current circumstances.

Some commentators are touting Facebook as a potential bargain. They’re wrong

In a NASDAQ market that is slumping, Facebook is underperforming.

The social media giant has seen its stock go from a record-high $224.20 at the end of January to a shade under $150 at the time of writing.

Despite these facts, some believe Facebook is a steal at the current price. Their reasoning ranges from questionable to incredibly naive, in my opinion.

The most prevalent is that people will use Facebook to stay connected to each other during the coronavirus pandemic, which is true.

Why this would affect the Facebook stock price is beyond me.

Yes, more people may use their apps to stay in touch, but a boost in user engagement for apps such as the stand-alone Messenger doesn’t drive the profit level of Facebook.

In times of uncertainty, people revert to what worked before

Another is the belief that advertisers would double-down on their digital ad spend in the face of a catastrophic recession in an attempt to get more value for money.

In theory, that sounds great, but the shift to digital advertising is still relatively new. As with the behavior of experienced investors, we tend to see people revert to playing it safe in troubled times.

We live in a world where Facebook has already taken a battering for allowing the spread of misinformation on its platform. Granted, it has taken steps to clean up its act, but the stigma is still there.

In times of uncertainty, people tend to revert to what they consider “safe.”

Traditional advertising, such as newspapers and television, is considered “safe.” They represent a time when there was no coronavirus.

According to Needham analyst Laura Martin, almost half of Facebook’s global revenue comes from advertising categories that are considered “at risk” from the coronavirus outbreak.

She also said that of the ten largest nations where Facebook advertising is most prevalent, six are Covid-19 hot spots:

Our channel checks indicate lower spending in travel, retail, consumer packaged goods, and entertainment, which together represent 30%-45% of Facebook’s total revenue. As consumer demand has fallen, advertising projections have started to decline.

We expect our year-over-year total reported revenue growth rate in Q1 to decelerate by a low- to mid-single digit percentage point as compared to our Q4 growth rate. Factors driving this deceleration include the maturity of our business as well as the increasing impact from global privacy regulation and other ad targeting related headwinds.

Bear in mind that Wehner made this statement in January before the coronavirus really took hold. Things are much worse now.

Some stocks are worth looking at it in this market, but Facebook isn’t one of them.