The price of gold bounced back sharply on Tuesday, erasing a portion of Monday’s brutal drop after a protracted downturn in the manufacturing sector sapped risk sentiment from the market.

The gold bulls got a shot in the arm Tuesday just after the price approached oversold conditions on the relative strength index (RSI). The 4-hour RSI briefly traded below 22 before quickly recovering.

On the RSI scale, anything approaching 30 or below is a sign that the market is oversold and due for a bounce.

Bullion nosedived below $1,500 an ounce on Monday. The price is currently testing the support-turned-resistance region of $1,490. 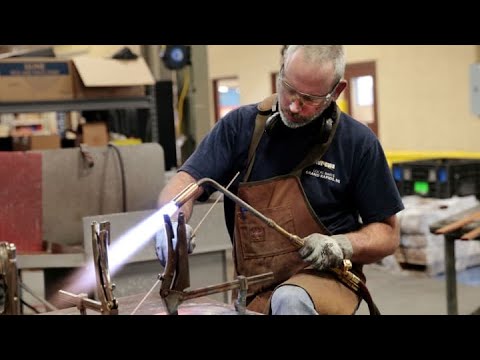 The U.S. manufacturing sector entered a recession last month, joining its counterpart in China struggling to keep orders alive in the wake of a protracted trade war between the two countries.

The Institute for Supply Management’s purchasing managers’ index (PMI) plunged to 47.8 in September, marking the second straight month of negative growth. On the PMI scale, anything below 50 denotes contraction in economic activity.

“Economy seems to be softening. The tariffs have caused much confusion in the industry,” said one survey respondent from the electrical equipment and appliance industry.

“Chinese tariffs going up are hurting our business. Most of the materials are not made in the U.S. and made only in China,” said another from food, beverage and tobacco products.

A separate report from IHS Markit on Tuesday showed manufacturing activity grew in September, but only barely. In general, ISM data take precedence over the monthly Markit survey.

Traders rushed back into gold Tuesday while simultaneously cutting ties to equities, sending the Dow Jones Industrial Average (DJIA) on a 356-point decline. The blue-chip index closed down 343 points.

The broad S&P 500 Index of large-cap stocks was off more than 1%, with all 11 primary sectors in the red.

European markets declined across the board during Tuesday trading, with the benchmark Euro Stoxx 50 Pr settling down 1.4% at 3,518.25. Major bourses in London, Paris and Frankfurt declined by at least 0.7%.