Strategists at UBS and Fitch Ratings believe Vietnam currently has the most optimistic economy in Asia due to three key factors.
PHNjcmlwdCBhc3luYyBzcmM9Imh0dHBzOi8vcGFnZWFkMi5nb29nbGVzeW5kaWNhdGlvbi5jb20vcGFnZWFkL2pzL2Fkc2J5Z29vZ2xlLmpzIj48L3NjcmlwdD4KPCEtLSBUb3AgQXJ0aWNsZSBDQ04gLS0+CjxpbnMgY2xhc3M9ImFkc2J5Z29vZ2xlIgogICAgIHN0eWxlPSJkaXNwbGF5OmJsb2NrIgogICAgIGRhdGEtYWQtY2xpZW50PSJjYS1wdWItNjQ3MjA2OTY5MzY1NzE0MyIKICAgICBkYXRhLWFkLXNsb3Q9IjU4NDY0ODIyMjMiCiAgICAgZGF0YS1hZC1mb3JtYXQ9ImF1dG8iCiAgICAgZGF0YS1mdWxsLXdpZHRoLXJlc3BvbnNpdmU9InRydWUiPjwvaW5zPgo8c2NyaXB0PgogICAgIChhZHNieWdvb2dsZSA9IHdpbmRvdy5hZHNieWdvb2dsZSB8fCBbXSkucHVzaCh7fSk7Cjwvc2NyaXB0Pg==

Strategists at UBS and Fitch Ratings believe Vietnam currently has the most optimistic economy in Asia.

The bright outlook on the nation’s economy by top strategists primarily stems from its handling of the pandemic.

Along with South Korea, Hong Kong, and Taiwan, Vietnam contained the pandemic relatively well early on with strict safety measures.

Vietnam’s rapid recovery from the virus outbreak has enabled its manufacturing and retail industries to bounce back.

On July 5, “Big Three” credit agency Fitch Ratings said it considers Vietnam as one of Asia’s frontier markets in 2020.

The agency praised Vietnam’s economic resilience, maintaining its outlook on the country’s economy as “Stable.”

Fitch Ratings wrote in a report:

Vietnam is positioned to stand out among Asia’s frontier and emerging markets this year in terms of its economic resilience and success in bringing the coronavirus outbreak under control.

Edward Teather, an economist at UBS Research, echoed a similar sentiment on July 7. He said the outlook of Vietnam’s economy “is looking one of the brightest in the region.”

Unlike many economies in Asia, Tether emphasized key metrics, such as retail sales and industrial production, increased year-to-date.

Retail sales, imports (and) industrial production were all actually up on the year in the month of June.

A trade deal with the European Union could further bolster Vietnam’s economy in the coming months.

Several fundamental factors, including the rebound of the local manufacturing industry, place the country in a strong position for newfound growth. They come as the nation bounces back strongly from the pandemic with no virus-related deaths since late June.

Strategists at Fitch Ratings attributed the success of the country in curbing the virus outbreak to the government’s initial response.

Vietnam had no reported deaths from COVID-19 as of end-June, according to the World Health Organisation. This could reflect a variety of factors, including the effectiveness of the official health policy response.

The positive perception of Vietnam’s effective control of the pandemic could additionally benefit the country’s economy as flights begin to reopen.

Countries are likely to open flight routes with nations that have successfully reached a peak in new infections. In the case of Vietnam, it controlled the pandemic with 369 total cases since the inception of the pandemic. 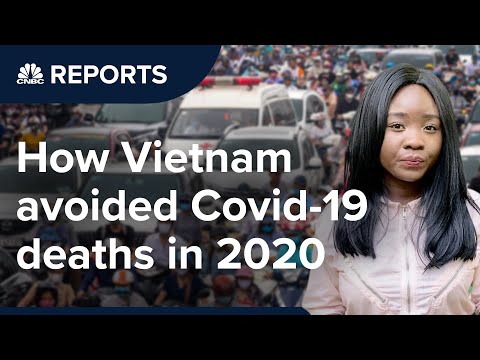 Among the hardest-hit industries following the start of the pandemic is the tourism sector. An abrupt plunge of travelers has directly hit hotels, airlines, and travel agencies.

Vietnam has a higher chance of seeing a recovery in the tourism industry going into late 2020. It is one of the few countries in Asia alongside Taiwan to defeat the pandemic with fewer than 1,000 cases.

A confluence of growing manufacturing industry, new trade deals, and reopened economy raise expectations of an economic rally in Vietnam in 2021.

Why Macy’s Stock Rallied Then Cratered Over Q2 Earnings Report
September 2, 2020 No Comments

Jerry Seinfeld’s NYC Op-Ed Is ‘Comedians In Cars With Blinders On’
August 24, 2020 No Comments

Even the World’s Biggest Fund Lost Billions in Pandemic Year 2020
August 18, 2020 No Comments

Will the End of the Pandemic Signal the Death of the Housing Crisis?
August 17, 2020 No Comments
PHNjcmlwdCBhc3luYyBzcmM9Imh0dHBzOi8vcGFnZWFkMi5nb29nbGVzeW5kaWNhdGlvbi5jb20vcGFnZWFkL2pzL2Fkc2J5Z29vZ2xlLmpzIj48L3NjcmlwdD4KPCEtLSBSZWNvbW1lbmRlZCBwb3N0cyBBZCBDQ04gLS0+CjxpbnMgY2xhc3M9ImFkc2J5Z29vZ2xlIgogICAgIHN0eWxlPSJkaXNwbGF5OmJsb2NrIgogICAgIGRhdGEtYWQtY2xpZW50PSJjYS1wdWItNjQ3MjA2OTY5MzY1NzE0MyIKICAgICBkYXRhLWFkLXNsb3Q9IjI3MzY1ODYyMzUiCiAgICAgZGF0YS1hZC1mb3JtYXQ9ImF1dG8iCiAgICAgZGF0YS1mdWxsLXdpZHRoLXJlc3BvbnNpdmU9InRydWUiPjwvaW5zPgo8c2NyaXB0PgogICAgIChhZHNieWdvb2dsZSA9IHdpbmRvdy5hZHNieWdvb2dsZSB8fCBbXSkucHVzaCh7fSk7Cjwvc2NyaXB0Pg==