Here are five reasons why the Dow Jones slipped below 28,000 today, trailing the broader stock market (which was already in decline).
PHNjcmlwdCBhc3luYyBzcmM9Imh0dHBzOi8vcGFnZWFkMi5nb29nbGVzeW5kaWNhdGlvbi5jb20vcGFnZWFkL2pzL2Fkc2J5Z29vZ2xlLmpzIj48L3NjcmlwdD4KPCEtLSBUb3AgQXJ0aWNsZSBDQ04gLS0+CjxpbnMgY2xhc3M9ImFkc2J5Z29vZ2xlIgogICAgIHN0eWxlPSJkaXNwbGF5OmJsb2NrIgogICAgIGRhdGEtYWQtY2xpZW50PSJjYS1wdWItNjQ3MjA2OTY5MzY1NzE0MyIKICAgICBkYXRhLWFkLXNsb3Q9IjU4NDY0ODIyMjMiCiAgICAgZGF0YS1hZC1mb3JtYXQ9ImF1dG8iCiAgICAgZGF0YS1mdWxsLXdpZHRoLXJlc3BvbnNpdmU9InRydWUiPjwvaW5zPgo8c2NyaXB0PgogICAgIChhZHNieWdvb2dsZSA9IHdpbmRvdy5hZHNieWdvb2dsZSB8fCBbXSkucHVzaCh7fSk7Cjwvc2NyaXB0Pg==

The Dow Jones Industrial Average turned south on Monday, slipping below the 28,000 level due to weakness in several core stocks.

Here are five reasons why the Dow struggled – and failed – to sustain the momentum from last Friday’s massive rally.

1. The Dow’s most important stock was one of its worst performers.

Boeing is the Dow’s most heavily weighted component, which is bad news since the aerospace giant spent the day ranked among the index’s worst performers.

Investors appeared to be reacting to reports that the Federal Aviation Administration had smacked Boeing with a proposed $3.9 million penalty. Regulators allege that the company installed defective parts in about 130 737 NG-model aircraft and still certified them as airworthy – even after learning about the defective parts.

While the amount of the fine is immaterial to the $200 billion Dow Jones stock, it’s not a good look for a company that needs to stay on the FAA’s good side if it hopes to see its cash cow – the 737 MAX – given the green light to return to service.

Other core Dow stocks struggled, too.

Shares in Apple, the DJIA’s third-heaviest stock, fell by just under 2%, making it far and away the index’s worst performer. Goldman Sachs, the Dow’s fourth-heaviest stock, declined by 1%.

AAPL shares had surged to all-time highs on Friday after an industry analyst predicted that the iPhone would eject its charging port by 2021. Now that they’ve had the weekend to reflect on that report, investors may be having doubts about that strategy’s wisdom.

3. The clock is still ticking on a major trade war deadline that could pummel the stock market.

On the other hand, Apple’s struggles could reflect a shift in investor sentiment regarding the planned Dec. 15 tariff hikes, which would directly impact iPhones and other Apple products.

The consensus view remains that President Donald Trump will delay those tariffs, citing progress in the US-China trade deal negotiations as his justification.

But with the deadline now just six days away, it would be understandable if some AAPL shareholders were getting nervous.

4. The Fed isn’t likely to rescue investors from that downside risk. 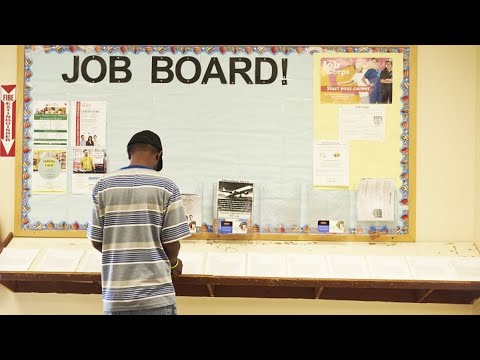 Wall Street found a silver lining in past trade war escalations by taking comfort in the fact that they made interest rate cuts more likely.

But investors know that this week’s policy meeting will be different. With economic data pointing to a healthy business and consumer climate, the Federal Reserve is likely to re-sheath its scalpel.

Individual Fed speakers have reinforced the message that there needs to be a “material” change in the economic outlook for them to implement further rate cuts. Friday’s remarkably strong jobs report confirms that this week’s decision will result in a “no change” outcome with the press conference emphasising the data dependency for future decision making.

5. Trump’s about to strike a trade deal, but not the one that Wall Street wants.

Dow Jones bulls will be pleased by reports that Trump is close to reaching a trade deal, but unfortunately for investors, it’s not the trade deal Wall Street wants.

Rather, Trump appears to finally be closing in on a compromise with Democrats to approve the United-States-Mexico-Canada Agreement (USMCA), which replaces the North American Free Trade Agreement (NAFTA). 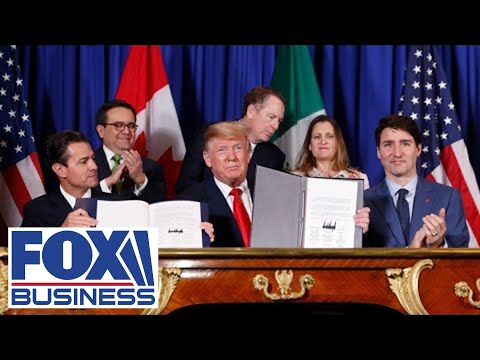 White House officials reached the agreement with Canada and Mexico more than a year ago, but House Democrats led by Speaker Nancy Pelosi have refused to ratify it without changes to labor enforcement provisions. Mexico has already ratified a version of the USMCA, while Canada has been waiting to see how negotiations unfolded in the US before holding a vote.

The US International Trade Commission has estimated that the USMCA would increase real GDP by more than $68 billion and have a positive impact on US trade.

But with a US Chamber of Commerce study warning that the trade war could bleed $1 trillion from the US economy over the course of a decade, investors won’t take much comfort in the USMCA if Trump can’t broker a deal with Beijing.