Ford Motor Company (NYSE: F) has long been a favorite of retirees, pensioners, and other low information investors. Despite its dirt-cheap stock price of roughly $6.00, there is still more downside in this struggling American automaker.

Here are three reasons to convince your grandpa to sell his Ford stock before shares inevitably careen to their true value: zero. 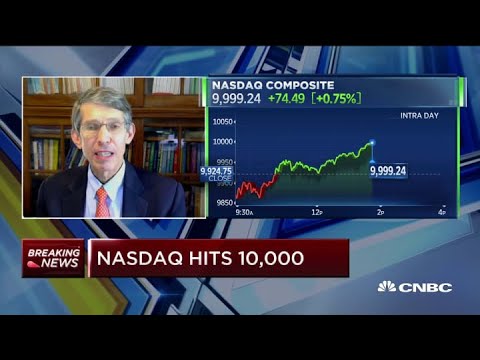 According to the National Bureau of Economic Research, the United States entered a recession in February. This is terrible news for Ford and other automakers because cars are discretionary goods. And consumers simply avoid buying them during tough economic times.

Ford is so exposed to recessions that it nearly went bankrupt during the last one. Its share price plunged as low as $1.26 in 2008. We could be looking at a repeat of that scenario.

Ford reported first-quarter earnings back in April. The results were a trainwreck. The company generated a net loss of $1.99 billion, which comes out to $0.50 per share.

Put another way, Ford burned around 8% of its market cap in losses – in one quarter. Expect the second and third-quarter results to be even worse as the company faces the full brunt of the recession.

Ford’s problems stem from its terrible margins. Despite generating a huge amount of revenue, the carmaker can’t convert much of this into profit because of its bloated and inefficient operational process.

Ford is trying to fix this by viciously firing thousands of employees. There’s no guarantee it’s going to work.

In its most recent filing, Ford reported an EBITDA margin of just 1.6% in its North American business. Think that’s bad? Wait till you see the international operations.

Ford reported an EBITDA margin of negative 2.3% in Europe, negative 15.5% in South America, and an eye-watering negative 40% in China.

With numbers like these, investors have to wonder why the company even exists. It’s is a debt-fueled zombie that runs off its own momentum without creating value for shareholders.

That brings us to the next problem with Ford: its terrible balance sheet. Despite posting consistent losses and terrible cash flow, Ford’s balance sheet is chock-full of unsustainable debt.

The automaker reported a staggering $24.4 billion in long-term automotive debt in addition to $85.5 billion in Ford credit debt.

The credit debt comes from financing car sales to consumers. This exposure will become riskier during the recession because people will struggle to pay their bills due to job losses and other challenges.

The U.S. unemployment rate currently stands at around 11.1%.

Ford will face further challenges from its high borrowing costs and interest expenses. The company paid out $214 million in automotive interest in the first quarter. This number will get higher over the long term because of recent credit rating downgrades.