LeBron James, it turns out, isn’t the only marquee member of the hallowed 2003 NBA Draft still playing professional basketball. Darko Milicic, the No. 2 overall selection in a draft that produced nine All-Stars and four likely Hall-of-Famers, made his return to the court on Monday in his native Serbia.

The vast majority of foreign-born players talented enough to be high-lottery picks would receive a hero’s welcome upon playing basketball for the first time in years. But Milicic, perhaps the most notorious bust in the history of the NBA draft, garnered no such fanfare when he took the floor for a team called “I Came To Play” from his hometown of Novi Sad, a city in Northern Serbia.

Why? Not because the seven-footer has clearly packed on tens of pounds since his career was finished, but because there were only so many people in attendance for a game in Serbia’s fourth division of pro basketball. Making matters worse, Milicic, infamously averse to physicality in the NBA, exited the action early with a shoulder injury.

At least one fan seemed excited to meet him, right?

After 7 years, Darko Miličić stepped on the basketball court again – for the team "KK I Came To Play" against Futoga in Serbia's 4th division.

He scored two points, then left the court due to shoulder injury. pic.twitter.com/zV3l1iDlKn

The expectations placed on Milicic set him up to fail from the beginning. The Detroit Pistons selected him one pick behind James and one pick ahead of Carmelo Anthony, who had just led Syracuse to the national title as a freshman, ensuring that Milicic’s fate would be forever linked to a pair of players who seemed bound for the Hall of Fame even before playing a game in the NBA.

The outrageous hype surrounding him leading up to the draft ensured that dynamic would prove even more debilitating.

ESPN draft guru Chad Ford called Milicic “one of a kind,” lauding the 18-year-old’s rare physical tools and burgeoning package of inside-outside skills as much as his fiery on-court demeanor and overall competitive drive.

Late Pistons scout Will Robinson, a franchise icon who joined the front office in 1976 and retired in 2003, went even further, infamously saying in ESPN The Magazine:

“Darko reminds me of a young Wilt Chamberlain.”

The situation Milicic entered as a fresh-faced teenager, completely unfamiliar with both the NBA and the United States at large, further diminished his chances of legitimate NBA success. The veteran-laden Pistons were coming off an Eastern Conference Finals appearance, and they made a change on the sidelines by bringing in old-school tactician Larry Brown, who had long been averse to affording rookies significant roles.

Detroit won the title during Milicic’s debut campaign, an especially impressive feat considering its most prized young player barely contributed. Milicic appeared in just 34 games in 2003-04, and he was traded to the Orlando Magic in February 2006, resetting his career as a journeyman. 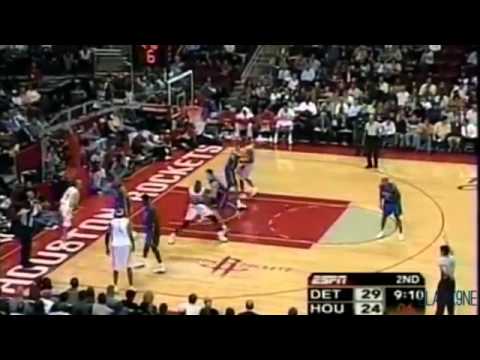 Life After an Inauspicious NBA Career

Milicic’s time in the NBA came to a close in November 2012, when the Boston Celtics granted his request to be released. He never came close to scratching the surface of the potential that once made him a generational draft prospect, notching just one season as a full-time starter and failing to average more than 8.8 points per game in any season of his decade-long career.

After leaving the NBA, Milicic was briefly reborn as a kickboxer, retiring after only one bout in which a much smaller opponent repeatedly battered his legs until they were so bloodied he was unable to stand. His longtime struggle with alcohol was preserved forever in April 2015, when a video of a shirtless Milicic chugging a beer with no hands and pouring beer onto his tattoos of former Serbian leaders made its way to the internet.

Basketball, despite his brief appearance on Monday, is in the past for Milicic, who used his NBA earnings to open a 125-acre apple orchard in Novi Sad.

“Like, when I think about myself, or myself when I was playing,” Milicic told ESPN’s Sam Borden in 2017, “I feel like I’m sort of thinking about someone who is dead.”