Wirecard stock has crashed a staggering 85% in just three trading sessions, with shares careening as much as 50% on Monday morning alone. Today’s fall came after the German fintech company admitted that $2.1 billion missing from its accounts might not exist.

A year ago, Wirecard was one of the hottest properties in the fintech sector. Now that it’s become a financial hot potato, could it be worth buying the stock on the cheap?

While this might seem like an exciting opportunity to speculators, analysts are still warning against Wirecard stock. That’s because the bombshell that a quarter of its balance sheet doesn’t exist has cast doubt on its entire financial history.

Wirecard Stock: Down, Down, and… Up?

This is 85% lower than it was five days ago – and that includes the weekend.

Its most recent nosedive took place after auditor E&Y refused to sign off on its accounts. Then the company released a statement admitting that the outstanding €1.9 billion ($2.1 billion) likely doesn’t exist.

The Management Board of Wirecard assesses on the basis of further examination that there is a prevailing likelihood that the bank trust account balances in the amount of 1.9 billion EUR do not exist.

No doubt, this accounting scandal is catastrophic for Wirecard. It doesn’t help that the company has previously faced fraud allegations related to the inflation of sales and profit figures.

Analysts Warn Not to Be Fooled 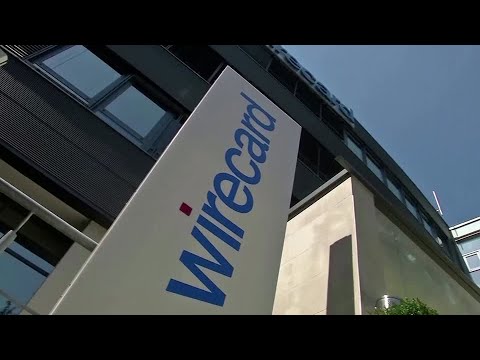 It’s a stunning fall from grace for Wirecard, which was one of the sexiest companies in the financial sector as recently as 2018.

In September of that year, its market capitalization overtook that of Deutsche Bank. It became the biggest financial services firm in Germany, with its rise linked to its quick embrace of new tech.

Two years later, CEO Markus Braun has resigned, and Wirecard has begun the painful process of cleaning up its act.

There’s always the possibility it could recover. And if it does recover, anyone who bought shares at their lows will reap a windfall. So speculators might suppose it’s worth buying its stock while it’s still cheap.

But analysts are warning against exposure to the beleaguered company. Even though Wirecard stock is at a “discount,” analysts fear that its entire financial history and business can no longer be trusted. As Citi’s Robert Lamb told Bloomberg:

The KPMG/E&Y audits and today’s announcement provide such uncertainty over the company’s financials that there is no way to quantify the true nature of the business with conviction.

In other words, Wirecard did rise high in 2018 and 2019. Yet the accounting scandal suggests this ascent may have been a sham.

So unless you’re a risk-taker, it would probably be best to steer clear.