Home Markets News 2020 Will Be a Make or Break Year for the Longest Bull Market in U.S. History

2020 Will Be a Make or Break Year for the Longest Bull Market in U.S. History

The current market boom represents the longest and best-performing bull run in the history of the S&P 500. But, is the end near?
ShareTweet

The current market boom represents the longest and best-performing bull run in the history of the S&P 500. Since March 6, 2009, the SPX has experienced a whopping 373% upswing. And, the bull market is far from being over, according to David Kostin, the chief U.S. equity strategist at Goldman Sachs.

We expect the current bull market in U.S. equities will continue in 2020. The durable profit cycle and continued economic expansion will lift the S&P 500 index by 5% to 3,250 in early 2020.

The Longest and Best-Performing Bull Run

According to Jim Paulsen, the chief investment strategist at The Leuthold Group, “fear” is what has been able to drive the S&P 500 into current levels.

Speaking at an interview with CNBC, Paulsen said:

The most outstanding feature of this cycle since 2008 is always going to be fear. I’ve referred to this cycle to some degree as a bearish bull market. [Since] it keeps the market from getting so far over its skis that it has to have a bear market. It also keeps a lot of dry powder on the sidelines as a cushion under the market and for fuel to push it higher.

Signs of a Market Top

Although the SPX has been able to push for higher highs after every pullback, its poor December start could be signaling the end of the bull market.

Ned Davis, the head of Ned Davis Research, believes that:

Given the high valuations I see, plus these divergences between many different indices, I am aware that many bull markets have ended with a rally similar to what we have seen since August.

Along the same line, Tom Demark, CEO at DeMark Analytics, told Bloomberg on Monday that several technical patterns estimate that the S&P 500 top is here or “coming very close.” Demark saw one “component of identification of market tops” develop. If this gets validated, it could trigger a consolidation period or massive sell-off.

We are probably at some sort of top for the S&P. But, once we are there if you are positive we move sideways for 12-15 days. More likely, if the market behaves like in the past, you will get at least a 5% pullback.

Not only is the SPX signaling a market top, but the state of the U.S. economy is deteriorating. The manufacturing sector contracted at a slightly faster rate in November. According to the Institute for Supply Management, domestic factory activity fell to 48.1% last month from 48.3% in October representing the fourth consecutive month of contraction.

Meanwhile, Realtor.com reported that the price growth the housing market enjoyed throughout the year will fizzle out in 2020. The real estate listings website estimates that a lack of home supply and an increase in mortgage rates will dent home buying next year. As a result, sales of existing homes are anticipated to drop by 1.8%.

These could be some of the reasons why the New York Fed’s possibility of a recession indicator is elevated hovering around 30%. The last time this index reached such levels was back in January 2007 predicting the global financial crisis of 2008.

Despite mounting recession fears, Peter Oppenheimer, chief global equity strategist at Goldman Sachs, believes that the fundamental factors that tend to trigger a recession, such as rising interest rates, inflation expectations and collapsing prices, are not present at the moment. Based on his own recession probability model, the prospects of a U.S. recession is around 20%.

If you look at imbalances unwinding as a trigger of recession, we had that more than a decade ago and that doesn’t look like a risk. In fact, household savings are unusually high in the U.S. and that is true across many developed economies. We don’t really have the typical triggers for recession right now. 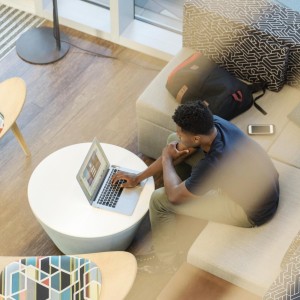 Ali was born in Boston and began forex trading in 2012. In 2014, he came across Bitcoin’s whitepaper and was so fascinated by the idea of a decentralized, borderless, and censorship-resistant currency that he started buying Bitcoin. By 2015, he started traveling to spread the word about Bitcoin. Ali can be reached via email at satoshilatino@gmail.com Is Gold Preparing for a Massive Rally? Investors Believe So The Low-Volatility Lie: How This Stock Market Bubble Is Deceptive