According to Bill Lee, chief economist at the Milken Institute, China is desperate to land a trade deal with the U.S. and President Donald Trump to prevent more crippling defaults. That could be bullish for the Dow Jones Industrial Average and other U.S. stock market indices.

The Dow Jones has already recovered in the past week due to rising optimism towards a trade deal, though it is trading in the red on Thursday. The struggle of corporate China could push the optimism further, allowing the Dow Jones to maintain its momentum throughout the week.

As businesses in China continue to see an increase in defaults, given that insolvencies are projected to hit 20% this year, Bill Lee emphasized that the government will push for a deal with the U.S. 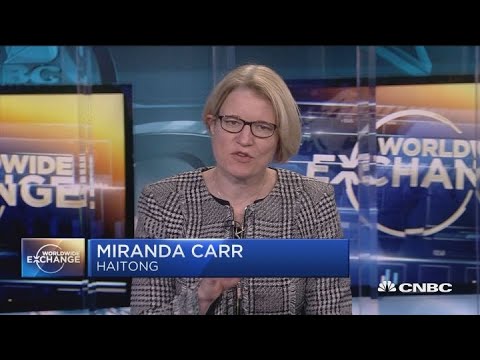 Traditionally, the government of China utilized a wide range of instruments to try to stimulate the domestic market.

However, Lee explained that China is reluctant to use its housing market to stimulate the country’s economy to restrict its leverage.

The Milken executive made a strong case that the only viable option for China to recover its slowing economy is to strike a comprehensive deal with the U.S.

A full-scale deal by March 1 is highly unlikely, as Harvard professor Mark Wu said. As such, the Trump administration is reportedly considering the possibility of extending the March 1 deadline by 60 days.

China may be desperate to land a deal with the U.S., but the trade war has become the focal point of the performance of the U.S. stock market. Neither party benefits from trade war escalation, which could place immense pressure on both the U.S. and Chinese markets.

“If we had a traditional slowdown in China, China would have unquestionably pumped up credit and shot out their housing market and try to revive domestic demand that way. Right now, you see how reluctant they are to do so because they already gone on a campaign of reassuring the world we are having a policy in place that put a lid on the rising leverage.”

“That is the big constraint the Chinese are facing now and that’s why I think they are so desperately looking to make a deal with Trump.”

The U.S. is looking to achieve a comprehensive deal with China in the short-term. But, as explained by Lee, China is arguably in a more urgent position to secure an agreement.

If the sentiment on the prospect of the trade deal begins to turn around, Fitch Ratings senior director Matt Jamieson said that it could heavily impact manufacturers.

Local analysts including Xiao Minjie, managing partner at AIS Capital, told Nikkei, a Japanese mainstream media outlet, that the rising defaults will pose a bit hit to the Chinese economy.

“In the short term, it will be a big hit to the Chinese economy/ Many of the zombie SOEs are old companies in sectors such as steel or trade commerce, including Japan, a wide range of countries will equally be affected by the disruption in the supply chain.”

China’s worsening corporate trend could increase the confidence of investors in the U.S. market on a favorable trade deal, a catalyst that could sustain the momentum of the Dow Jones.

Beyond the U.S.-China Trade Deal 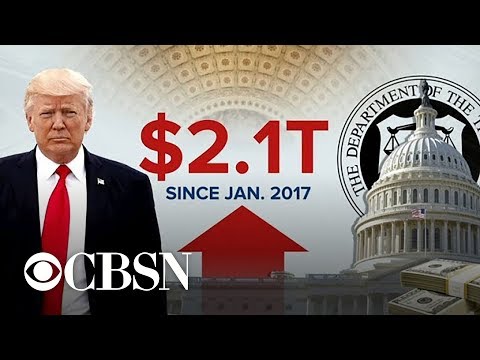 In a column, Daniel Lacalle, chief economist at Tressis SV, said that the tension between the U.S. and China is not the sole cause of market instability.

“There is a problem of diagnosis. The current economic slowdown is not entirely due to the trade tensions between the United States and China, but mostly due to a combination of debt saturation and end-of-cycle signals,” he wrote.

While the trade deal, when complete, will have a positive short-term effect, Lacalle suggested that debt saturation remains a risk for U.S. markets and continued economic slowdown.