Gan, who manages one of China’s biggest funds, warned the stock market is not pricing in the “power games” U.S. President Donald Trump will likely engage in prior to the Presidential election in November.

The stance of ChinaAMC (HK) contrasts the predictions of top banks in Europe and the U.S.

Previously, Morgan Stanley and UBS analysts said they expect the U.S. and China to focus on recovering their respective economies in the second half of 2020.

Why is Hong Kong’s Top Fund Manager So Bearish?

From February to March, the U.S. stock market plunged by 37% as investors panicked about the pandemic.

At the time, Gan said he was able to cut his positions “very quickly” and narrowly prevented a major loss due to the steep decline in the stock market.

Gan, who successfully predicted the stock market crash in March, is getting ready for another correction.

The fund manager said that he holds around 60% of his portfolio in cash.

For Gan and ChinaAMC (HK), the biggest concern is the geopolitical risks surrounding China.

If a dispute breaks out involving the South China Sea or China’s relationship with China, Gan warned the stock market will immediately feel the pain.

If that happens it would ripple through the financial market immediately.

Specifically, Gan anticipates the Hong Kong stock market and Chinese equities to consolidate in the near-term.

Throughout the past three months, the People’s Bank of China (PBoC) continued to inject more liquidity into the market through reverse repurchase agreements (repos).

The increase in liquidity in the Chinese market caused local stocks to rise, Gan said. As such, they face a correction in the short-term.

Along with the worsening relationship between the U.S. and China, the inflated prices of Chinese and Hong Kong stocks leave both stock markets at risk of a pullback.

Taiwan is the Biggest Variable to the Global Stock Market

As a key variable that may affect the global stock market, Gan pinpointed China’s potential dispute with Taiwan.

Speaking to Fox, Taiwan’s Minister of Foreign Affairs Joseph Wu said on May 27 that China is seemingly taking more actions to pressure Taiwan.

Minister Wu said at the time:

Look at South China Sea. China seems to be gearing up its military actions over there. China is also putting pressure on Taiwan. China is also taking up some extra actions in the East China Sea. It’s also trying to impose some restrictions especially in the Western Hemisphere to not deal with Taiwan. 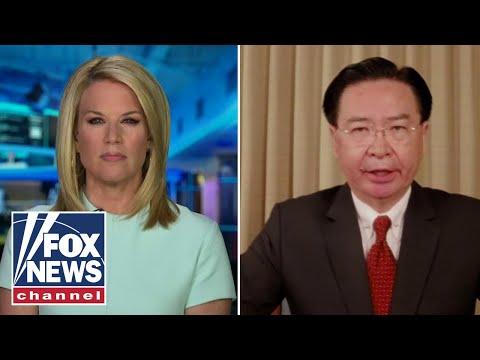 U.S., China, and Hong Kong stocks have climbed upwards in the past month, primarily due to rising liquidity, additional stimulus, and relaxed financial conditions.

But, billionaires and hedge fund managers including Gan are still concerned about the ongoing trend of the global economy and the stock market.