It’s hard to deny Mookie Betts his props. He’s easily one of the best five players in baseball. He’s not Mike Trout, but he’s the closest thing to him that any team other than the Angels is going to see. 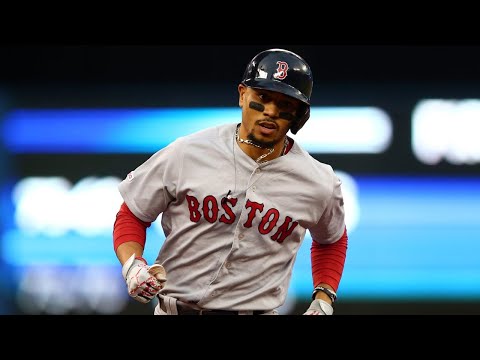 The chances that Mookie Betts will remain a member of the Red Sox when spring training opens are growing slimmer by the day.

It’s widely believed that he’ll join the Los Angeles Dodgers in a blockbuster deal. Then eventually become the MLB’s next $300 million ($400 million?) man when he signs an extension or tests free agency after the season.

It’s not surprising that Betts will command a hefty price, both on the trade block and in salary negotiations. But that doesn’t mean he’s worth it.

Here are two reasons the Dodgers will end up regretting their victory in the Mookie Betts sweepstakes.

The Red Sox haven’t been shy about their plans to slash their current salary outlay. The best way to do that? Wash their hands of that hefty David Price contract – or at least as much of it as possible.

Price has three years left on his deal, and the Red Sox are on the hook for just shy of $100 million. They want the Dodgers to absorb some of that as part of any trade involving Mookie Betts.

David Price is 34-years-old and injury-riddled. The Dodgers don’t need him, and they definitely don’t need his contract.

Mook Betts is expensive for a one-year rental. And Dodgers fans might not want to hear it, but he’s just too small to succeed over the long haul.

Yeah, I know. Undersized players throw their lack of inches in the faces of opposing fans most nights. I get it. Jose Altuve is one of baseball’s most exciting players, but he’s not on the kind of coin that Mookie Betts will command.

Betts stands at 5-foot-9, which isn’t small compared to the likes of Altuve, but his contract demands look a lot more like Mike Trout.

Towering at 6-foot-2 and weighing around 230 pounds, Mike Trout is an athlete in every sense of the word. Mookie Betts, five inches shorter and 50 pounds lighter, just isn’t as impressive.

In the past 40 years, we’ve only seen three players deliver a .900 OPS over 100 games as they hit 30 years old: Matt Stairs, Lonnie Smith, and Kirby Puckett.

For the most part, smaller players peak in their 20s and regress dramatically once they reach their 30s. The likes of Dustin Pedroia, Chuck Knoblauch, Brian Roberts, and Jimmy Rollins should loom large in any discussion of Mookie Betts.

Pedroia should be a stark reminder that undersized players just don’t go the distance as well as their larger counterparts.

Pedroia last played exceptionally well three years ago. His contract wasn’t as risky as that being demanded by Betts, so the damage was somewhat limited.

Mookie Betts is a spectacular player. There’s no denying that – for now. But there are some stats you just can’t change. Those shortcomings will prevent him from becoming an all-time great.

If the Dodgers sign him to an extension, they will regret paying him all-time-great money.