The Dow Jones traded softly to close the week, as Nancy Pelosi’s optimism around stimulus negotiations helped keep the stock market afloat despite a significant selloff in the Nasdaq.

Among the three major U.S. stock market indices, the Nasdaq was the weakest as it fell around 2%. The S&P 500 lost 0.5% versus a more resilient Dow Jones.

The Department of Labor released its hotly anticipated jobs report for September. Non-farm payrolls growth was disappointing as the economy added just 661,000 jobs versus expectations of 850,000. There was some good news in the unemployment rate, which dropped to 7.9%, beating estimates and indicating that people are headed back to work.

Unfortunately, given accelerating corporate layoffs, concerns around what the October report could yield will be mounting. Commodity markets are already indicating slowing economic activity around the world.

Watch the video below for an analysis of the figures. 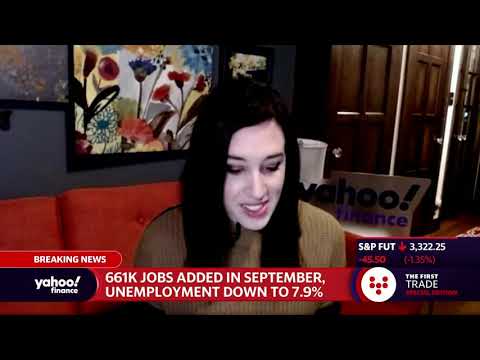 Looking behind the jobs numbers, today’s research from ING demonstrates how misleading the headline figure can be when it comes to the complete picture of the U.S. economic crisis. Economist James Knightley states:

“Officially” unemployment is now 12.58mn, but this only reflects people who are actively looking for work. Many people who were employed in sectors that have been heavily impacted by the pandemic, such as leisure and hospitality, are not actively looking for work as there isn’t much out there, yet they can continue to claim benefits under the current rules. The total number of people claiming unemployment benefits was 26.5mn as of 12 September according to the Department of Labour data.

The good news for the Dow is that Nancy Pelosi continues to suggest that stimulus is coming. On Friday, she urged airlines not to make staff cuts because help was “imminent.”

Adding to the hopes of a breakthrough, President Trump’s positive coronavirus diagnosis, which initially smashed risk assets, may allow negotiations to progress favorably. Watch the video below: 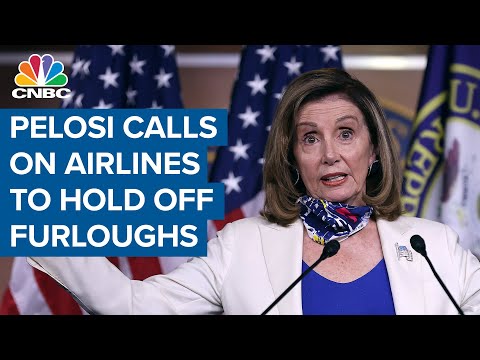 Another impact of Trump’s diagnosis was Biden’s election odds rising significantly. The justification is that Trump may lose valuable campaign time as voters pay closer attention to his coronavirus response, which harmed his polling earlier in the year.

Investors should this with a pinch of salt, as U.K. Prime Minister Boris Johnson saw a surge of support after his Covid-19 battle. It cannot be ruled out that Trump may experience the same bump.

It was a very mixed day in the Dow 30, as the tech sector endured a torrid day of trade. Trillion-dollar giants Microsoft and Apple lost more than 2.5%. Confirming the move away from tech, Intel and Salesforce.com both tumbled. Amgen was the weakest performer in the index as it lost 3.5%.

Watch the video below to gauge the impact of political uncertainty on the U.S. stock market. 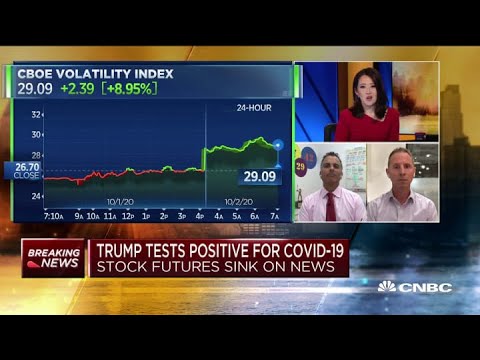 As growth stocks struggled, the flood into financials and “value” stocks was seen with rallies from Goldman Sachs, Coca-Cola, and JPMorgan Chase. Surprisingly, Walmart did not join in the rally, as it lost 1.5% after a strong performance on Thursday.

The strongest performer in the Dow Jones was Caterpillar, which rose 2.7%.