In what may be a very bullish sign for the stock market, multi-billionaire Warren Buffett is preparing to dip into his historic $122 billion cash pile.

In a filing to the US Federal Reserve, Buffett’s Berkshire Hathaway signaled it would like to increase its holdings of Bank Of America, (NYSE: BAC) as the Oracle of Omaha doubles down on his BoA bet. Does the original value investor finally see some bargains appearing in the S&P 500? It doesn’t really matter, as the bullish conversation has already begun. 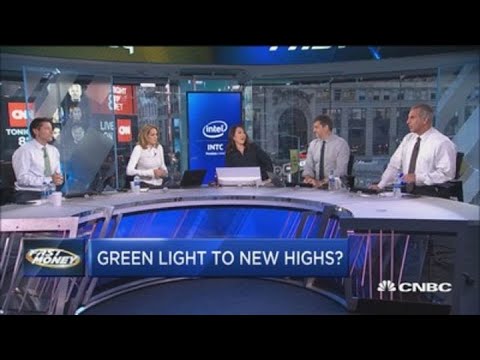 At the end of 2018, Warren Buffett was a real mover and shaker in the stock market. As the S&P 500 plunged, Berkshire Hathaway aggressively bought and sold a number of their holdings. Interestingly, Buffett’s company performed an extraordinary feat, as they bought back $233 million worth of BRK.A in mid to late December at almost the exact bottom in that particular market dip.

Berkshire Hathaway Looks To Increase Stake In Bank Of America

While there is always a large slice of luck in market timing, the size of Buffett’s operation and his reputation are not insignificant. Traders are taking notice of the fact he is doubling down on Bank of America, as BoA shares rose 2% intraday and another 0.3% after the close of trade ahead of earnings on Wednesday. It is surely no coincidence that this headline comes after a stunning earnings report from JPMorgan Chase (of which Buffett is also an investor), sent JPM stock soaring to record highs. Markets have been concerned that low yields are reducing financial stocks’ ability to be profitable. This could mean there are some sector bargains if this assumption turns out to be false. Berkshire Hathaway looks to be gambling on this, on the hope that BoA is also performing well.

When considering the moves that Berkshire Hathaway makes in the S&P 500, it’s important to note the practical reasons behind their sizeable cash holdings. The company is heavily involved in the insurance business, meaning it must keep emergency cash on hand, as Buffett stated in a recent interview. These fundamentals haven’t stopped some investors complaining about Buffett’s decision making, with the cash hoard a popular target of complaints. A glance at Berkshire Hathaway’s performance relative to the Nasdaq 100 over the last two decades does suggest that Buffett has missed a large portion of the tech boom.

It is important to consider that as a long term investor, Warren only buys companies he intends to hold forever. This means doubling down on existing bets is not particularly unusual. Still, there is no doubt that it’s an encouraging sign for S&P 500 bulls that Buffett believes it’s OK to start dipping into his vast cash pile. It’s a rare vote of confidence in a stock market that is dogged by gloomy forecasts while also trading close to record highs.