By CCN.com: Vitalik Buterin has expressed an interest in incorporating privacy features into Ethereum. He is partial to the ZK-SNARKS technology that is used in privacy coin Zcash. Nonetheless, his senses appear to be particularly keen about any developments surrounding privacy protocols. This became clear when a research paper was published entitled: “FloodXMR: Low-cost transaction flooding attack with Monero’s bulletproof protocol.”

The researchers decided to explore what they call a “flooding attack with Monero’s bulletproof protocol.” In a nutshell, it involves an attacker flooding the network with their own transactions and then eliminating “mixins from transaction inputs.” In doing so, the attacker could potentially trace nearly 50% of inputs at a cost of less than $2,000.

Incidentally, Monero Lead Developer Riccardo “Fluffypony” Spagni is in New York for the Magical Crypto Conference. He had not responded to the FloodXMR report as of press time. 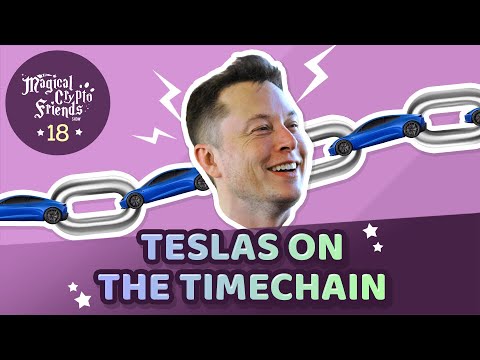 Vitalik did, however, and caused a small stir on Twitter when he said:

Monero and Ethereum Both Face Headwinds

Some people in the crypto community pointed out that Monero isn’t the only project with challenges to overcome. One follower on the Twitter thread replied to Buterin, saying:

“Ethereum has its obstacles, so does Monero. I’m sure some very bright minds will take care of it. Both are legit projects.”

That’s when the Ethereum co-founder clarified where his comments were coming from, stating:

“I hope Monero overcomes its obstacles by switching to privacy schemes that make the anonymity set for each transaction be the set of all Monero users! The above wasn’t even intended to be against Monero in any way. I’m following this debate between different privacy tech mainly with an eye to seeing what privacy schemes to help support as layer 2’s for Ethereum.”

The Ethereal Summit is also unfolding in New York this weekend, a ConsenSys event that’s been dubbed the “SXSW of blockchain.” Yet Buterin still found the time to weigh in on Monero’s privacy protocol.

At the conference, they’re discussion topics such as Ethereum 2.0 and the shift to the proof-of-stake protocol, with Messari CEO Ryan Selkis reportedly forecasting that it’s still a couple of years away. If true, that could push features such as privacy further back, too. Nonetheless, Buterin had privacy on his mind when he responded to Tesla CEO Elon Musk about what can be built on Ethereum. One of the Ethereum co-founder’s 13-point response centered on privacy:

Buterin expects ZK-SNARK technology could bolster Ethereum’s scalability to approximately 500 transactions per second compared to its current capacity of approximately 15 tps. ZK-SNARK tech would also give it the ability to scale. This approach differs from the Litecoin blockchain, which is adding second-layer payment solution Lightning Network and is also pursuing privacy. Litecoin is exploring the integration of Mimblewimble tech for privacy. Monero launched in 2014 and uses the bulletproof protocol.

Given the precarious nature of the Monero traceability report, it’s probably not a bad idea for all of these privacy coin project leaders to collaborate.