U.S. stocks edged lower on Thursday, but the major indexes continue to hover near all-time highs thanks to months of record liquidity from the Federal Reserve.

Not everyone is convinced that the Fed-inspired rally will last. Billionaire financier George Soros has divested from the market over fears that we are in a massive “liquidity bubble.”

Most of the 11 primary sectors finished lower, with energy leading the pack.

Stocks recovered Thursday after the Labor Department reported a sharp drop in weekly jobless claims–signaling that the economic destruction caused by government lockdown orders was beginning to ease.

The number of Americans filing for first-time unemployment benefits fell to 963,000 in the week ended August 8. That’s the first time since March that claims were below 1 million.

Video: Here’s what the decline in jobless claims means for the economy. 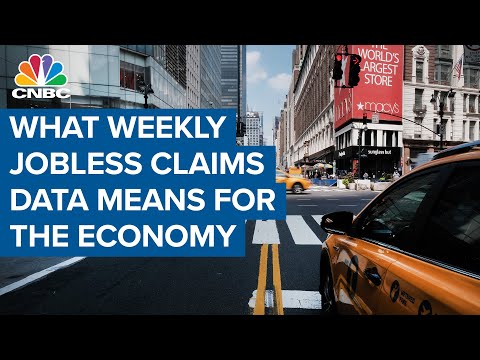 Although the drop in jobless claims is a strong signal that economic recovery is afoot, it may also be due to the expiration of extra unemployment benefits. Washington’s pandemic relief package put an additional $600 a week in the hands of unemployed Americans, but that program ended July 31.

President Trump signed executive orders on Saturday that would extend $300 in federally funded benefits, plus an additional $100 in state-funded payments.

Wall Street’s historic relief rally since March wouldn’t have happened without trillions in stimulus relief from the Federal Reserve. According to George Soros, the “Fed liquidity bubble” is likely to end in tears.

According to MarketWatch, Soros is no longer invested in the market because it is a massive bubble that’s being fueled by “expectation of more fiscal stimulus along with hopes Trump will announce a vaccine before November.”

By lowering interest rates back to zero and pumping trillions into the economy, the Fed’s pandemic plan exceeds its 2008 relief package.

Central bankers are expected to keep stimulus coming for years, with low interest rates baked into their guidance through at least 2022.