Stocks in the US could be about to hit a new all-time high, according to an $8 billion asset manager who believes getting there won’t come without any trouble, although in the short run the stock market is “as good as it gets.”

Per his words, the rebound the market has been seeing “ranks as the strongest non-recession rebound in the first sixty days.” Taking this into account, he believes the stock market’s rally is getting closer to its end. Stone added:

It’s time to think about getting a little bit more defensive. When you look at it in history, it certainly looks like we’re ahead of ourselves.

Stone’s firm has a whopping $8 billion in assets under management and believes that as the stock market starts consolidating, a strategy to consider would be buying energy, health care, and consumer discretionary stocks first. This, while lowering exposure to financial and semiconductor stocks, which have been leading the rally.

Stone believes the incoming pullback won’t be as hard as last year’s correction, which saw some predict the stock market was about to decline in a way that resembles Bitcoin’s drop from a near $20,000 all-time high to little over $3,000 last year.

Parabolas, once violated, often result in 80% decline. Violated $BTC parabola lead to sub-$4,000 — violated $DJIA parabola should lead to sub 19,500. Could get there by end of year. pic.twitter.com/akJjV3Pq4M

To the $8 billion asset manager, the good news is that we can still be looking at a rally that’s expected to be of 28% since December’s low for the S&P 500. As such, Stone believes the US market’s benchmark index is still going to hit 3,000 by the end of this year, taking into account that “valuations still look pretty good.”

Could The Stock Market Be In Trouble?

Other prominent market analysts, however, don’t seem to share Stone’s point of view, and in fact seem to believe the stock market is in trouble.

Danielle DiMartino Booth, a former adviser to the president of the Dallas Federal Reserve, has written a Bloomberg op-ed in which she reveals history is she believes the recovery was “nothing more than a bear market rally.”

In her op-ed, she noted that AdMacro Ltd warned its clients that the January jobs reports of 304,000 new jobs was good, but could be implying a recession is nearby. This, as the unemployment rate in the US rose to 4% – the highest it’s been since June of last year – and other data pointed to a rise in layoffs.

An increase in layoffs could be justified by a rise in mergers and acquisitions, a strategy firms use to cut costs. DiMartino Booth added:

Every time the three-month average unemployment rate exceeded its six-month average at cycle peaks over the past 50 years — as it did in January — the U.S. economy has experienced a recession.

Wall Street analysts have been speculating that an “earnings recession” is due. If so, companies in the US could be about to experience consecutive quarters where their profits go down, which could lead to a sell-off.

Similarly, Crescat Capital has issued a note to investors, revealing its analysts believe “September of 2018 marked the essential peak of the US stock market for the current economic cycle.” 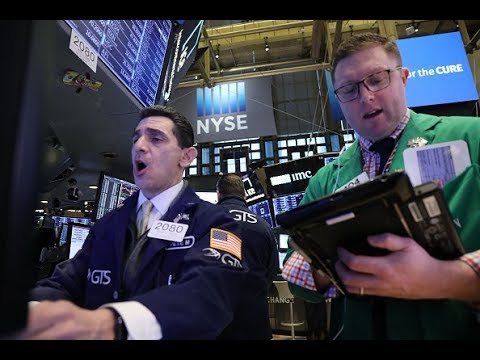 Its analysts have predicted the stock market would be bearish this year, with the global recession only being acknowledged “well after it began.” Bottom line, while some expect markets to rally further thanks to positive US-China trade deal prospects, others see technical factors pointing to a bearish outlook.