After I published a one-sided version of the Jelurida vs Apollo story last week, I’ve been (thankfully) called out by Steve McCullah, Apollo’s founder, and the entire Apollo community. However, not as one would expect.

There were no insults or trash-talk, rather the opposite. With much grace and dignity, it was pointed out the article I chose to base my opinion on, is not up-to-date as it should be.

In the meantime, I would kindly ask the Jelurida team to put a notice somewhere on their blog post with an updated statement concerning the matter, otherwise more people might get confused as well.

As stated by Steve:

“They [Jelurida] try to act like our privacy is limited but their snake oil page only worked for a VERY short time a long time ago, before we launched Olympus 2.0”

During the article I will dig deeper into Apollo’s features, however, one thing is certain: from the twitter interactions I had with the Apollo community, it was immediately understood there is some kind of war going of between Jelurida and Apollo, not because of the latter, it seems, but because of Jelurida’s efforts to call-out Apollo for “mischieving”. Despite that, Steve has faced all challenges head-on and responded to the comments concerning APL’s privacy with a bold move:

“Bitfi is going to offer $10,000 to anyone who can track a single Apollo private transaction”

The cryptocurrency uses TOR and a coin mixer to endow users with privacy features, meaning, although there are some technical concerns surrounding the effectiveness of coin mixing as a full-on privacy feature, the truth is, it has been widely accepted as capable privacy enhancement. This article’s goal is not to compare privacy features between privacy coins, as I’ve done that in the past, but to understand if the points Jelurida pointed out are still relevant or not, at the time of writing.

A great review of the Apollo project was done by Journey to 100k, a cryptocurrency youtuber, highlighting some of the technical and business savviness of the project.

Apollo’s blockchain and technology was initially a copy of the NXT platform, the very first PoS cryptocurrency created – by an anonymous bitcointalk user for that matter – and later bought by a Dutch company called Jelurida, lead by Lior Yaffe.

Much like Stellar derives from Ripple, or Litecoin from Bitcoin, most cryptocurrencies were initially something else. Usually Bitcoin, but it can happen with any protocol. My point is: being an initial copy means little in the medium to long-term.

Having that said, what else could I find about Apollo’s technology? Let’s start with Steve comments on the matter.

As mentioned above, he did not hide the fact Apollo initially started off of Ardor’s NXT, saying the achievements of the cryptocurrency will always be treasured and much respected by him and his team. Still, many changes have taken place since:

“On top of refactoring their code we have developed many technologies which we believe are completely ground breaking to blockchain. Just to name a few: our Apolloupdater is one of those, it allows us to upgrade something as large as the consensus without ever hard forking. Not even large projects, such as ETH have been able to do this. Because of this technology and another technology, called ChainID, we have been able to speed up our blockchain to support 2 second blocks, this facilitates 1-2 second transactions (the fastest in blockchain that we have found)”

Despite that, the Ardor lead came-out supporting the thesis 2-second block-times results in a non-secure chain.

It is true Apollo’s is considerably more scalable at the moment, but as my dear readers know, we cannot scale and maintain decentralization at the same time, meaning, we can conclude that in order to speed the forging process, there are higher chances of a central point of failure. Still, there’s always positive and negative things when you’re the fastest!

Any project scaling up can hardly do it without adding a degree of centralization. That is the price one usually pays to have faster transaction times; just look at EOS, NEO or Stellar, when compared to Bitcoin or Ethereum, in terms of nodes’ decentralization.

Apollo aiming to the starts

Even though there is truth in saying centralization leads to less security, it’s not only transaction speed Apollo wants to improve. Meaning, security can be influenced by other technologies, such as privacy-based ones.

During my conversation with Steve, he was kind enough to explain the key difference in the privacy features of Apollo when compared to other privacy-based cryptocurrencies:

“Privacy wise, we have developed an advanced coin mixer (our private ledger is coming soon) and two levels of IP masking which make the user’s transactions and IP untraceable. Unlike the IP masking solutions of coins like Verge, ours cannot be blocked by firewalls (such as China’s great firewall)

Also, one of the Apollo community members just put this challenge up for anyone who wants to prove them wrong. The prize pool is quite attractive: 1 Million APL.

In my opinion, those are huge improvements when compared to Jelurida’s Ardor and NXT. Focusing on privacy features, alongside a scalable solution, seems to be an interesting add-on to what NXT had initially designed. Plus, that’s not the only improvement Steve wants to see done.

Sharding, a technology still being developed buy Ziliqa and Ethereum, is said to soon be implemented in the Apollo protocol (as of April 2019). I can’t say if that is real or not, as I haven’t seen the sharding test/live implementation, but I’m looking forward to.

Only through these types of enhancements will people be able to use cryptocurrency on a daily basis.

I would like to conclude by stating it was an actual pleasure to discuss the project with Steve, and I hope we can arrange a full-on interview soon, hopefully after sharding is stabilized.

Up until now, it seems the roadmap has been respected by the team and new implementations are being delivered on schedule. Sharding is supposed to come out on the 1st of April 2019, hopefully not as a joke but as one of the very first implementations of the technology. As Steve stated:

“When we distributed Apollo over a year ago we made some big promises, and we have stood by those promises and worked our butts off to make them happen.”

I hope my views are better explained now, and I personally do not think Apollo is a scam. Until proven otherwise, I don’t see a reason for doubting someone who keeps pushing forward in an open an transparent manner. Of course, I don’t have access to all information, so always do your own due-diligence.

The fact Jelurida are fighting Apollo for using the same underlying protocol makes little sense to me. Open-source and decentralization means people will copy good things and ignore bad ones. Plus, seems to me when one makes that argument it forgets the purpose of cryptocurrency: you can never really copy a project because you cannot copy the network effect.

There are some independent findings on Reddit you should read, especially this one, however, from my point of view I don’t have a reason to doubt Apollo from delivering upon their promises. Remember this is not financial advisement and I have not personally invested in Apollo yet, but I might do so in the future.

My opinions are always my own. 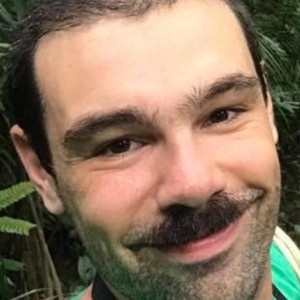 Pedro Febrero
With an academic background in economics and professional experience in tech, I believe cryptocurrencies to be the fuel that will drive the 21st century economies. I have founded Bityond, a recruitment & talent management skills-matching platform between candidates and jobs.
Subscribe
0 Comments
Inline Feedbacks
View all comments
← PreviousBarbara Bush Bashes POTUS from Grave, Blames Heart Attack on ‘Ugly’ Trump
Next →Hypocrite: Why Trump Needs to STFU About the ‘Creepy Joe Biden’ Scandal

John Mcafee Says People Don’t Care That UFOs Are Real – Is He Right?
April 28, 2020 No Comments

Bitcoin is the Hotmail of Crypto, and the Real Sh*tcoin: John McAfee
January 29, 2020 No Comments

John McAfee Wants You to ‘GET A GRIP!’ About Bitcoin Price Slump
August 22, 2019 No Comments
PHNjcmlwdCBhc3luYyBzcmM9Imh0dHBzOi8vcGFnZWFkMi5nb29nbGVzeW5kaWNhdGlvbi5jb20vcGFnZWFkL2pzL2Fkc2J5Z29vZ2xlLmpzIj48L3NjcmlwdD4KPCEtLSBSZWNvbW1lbmRlZCBwb3N0cyBBZCBDQ04gLS0+CjxpbnMgY2xhc3M9ImFkc2J5Z29vZ2xlIgogICAgIHN0eWxlPSJkaXNwbGF5OmJsb2NrIgogICAgIGRhdGEtYWQtY2xpZW50PSJjYS1wdWItNjQ3MjA2OTY5MzY1NzE0MyIKICAgICBkYXRhLWFkLXNsb3Q9IjI3MzY1ODYyMzUiCiAgICAgZGF0YS1hZC1mb3JtYXQ9ImF1dG8iCiAgICAgZGF0YS1mdWxsLXdpZHRoLXJlc3BvbnNpdmU9InRydWUiPjwvaW5zPgo8c2NyaXB0PgogICAgIChhZHNieWdvb2dsZSA9IHdpbmRvdy5hZHNieWdvb2dsZSB8fCBbXSkucHVzaCh7fSk7Cjwvc2NyaXB0Pg==