The EU has excluded the U.S. from the list of “safe countries” whose citizens are allowed to travel to the bloc. This will extend the ban on travelers from the U.S. to the bloc beyond July 1 as cases surge in the world’s largest economy.

The ban will be painful for airlines, some more so than others. Among the big four U.S. airlines, United (NASDAQ:UAL) will take the biggest revenue hit from the EU’s travel limits.

Why United Airlines should expect a big blow

In the past couple of years, United generated nearly a fifth of its annual revenues from Atlantic flights. Europe also contributed a disproportionately larger share of profits, according to the Bureau of Transportation.

Last year, United’s revenues from Atlantic flights amounted to 17% of the total. Europe contributed a similar share of revenues in 2018 and 2017.

The EU travel ban is more than just a loss of revenues, though. Airlines enjoy the highest margins on international travel. The travel limits on Europe will complicate United’s recovery following the pandemic. 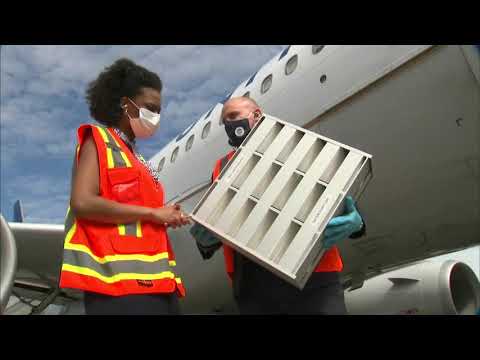 Europe is United’s most profitable destination and traffic source. Last year, United’s net income from flights to and from Europe amounted to 27% of the total. That comes even as revenue from Atlantic flights accounted for just 17% of the total.

Revenues and profits from other regions are not as lucrative. Since 2017, Pacific flights have been operating at a loss. Domestic and Latin American flights have been contributing a smaller share of net income.

Will United survive the travel ban?

The big four U.S. airlines have put on a brave face during the pandemic. Drastically reduced passenger traffic remains a problem, though. United’s daily cash burn rate in the second quarter came in between $40 million and $45 million. This translates to roughly $4 billion for the quarter.

Year-to-date, United’s stock has lost over 60% of its value. The S&P 500 Index declined by nearly 5% over the same period.

Despite experiencing a big blow to its business, United’s reputation is improving among flyers. That’s a positive step if it hopes to win over and retain more customers.

In April, United had the lowest number of complaints among the big-four U.S. airlines. Complaints lodged against United were 5.1% of the total.