The tech sector has become famous for adopting the growth-at-all-costs strategy. Some firms have succeeded with the mentality while others have failed spectacularly. Besides WeWork, Uber (NYSE:UBER) ranks highly among the firms that have achieved mixed results with this approach.

At Uber, the practice not only led to unethical or even illegal practices on the part of executives, but massive losses over the years.

Following the IPO and exit of co-founder Travis Kalanick, the ride-hailing giant seems to be abandoning the strategy. It is something investors should cheer.

Last week the ride-hailing giant shut down a customer support center in Los Angeles. Around 80 employees were laid off. The cost-cutting measure will see Uber move customer service jobs to Manila, Philippines.

While this constitutes a small fraction of Uber’s total workforce globally, it’s a step in the right direction for investors. For a long time the ride-hailing firm looked unsustainable.

In the most recently reported quarter, Uber’s total costs increased 25%. Losses also rose from $887 million to $1.1 billion. For an asset-light business like Uber, that’s atrocious. 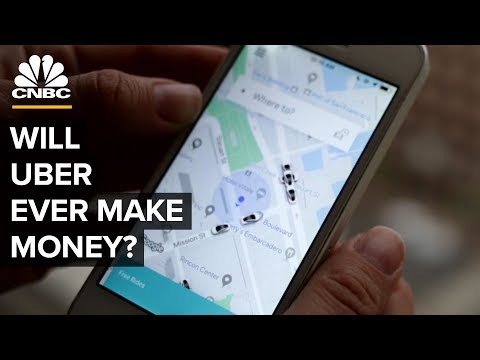 Uber will have to do more than just issue pink slips. For years, the company has used discounts to gain market leadership. In Q3 2018, for instance, Uber was offering rides at around 74% of the cost.

Three years prior, ride-hailers were paying just 41% of the actual cost of the trip. It definitely helped Uber win market share but it’s highly unsustainable. Shark Tank’s Kevin O’Leary last year said the subsidies constituted “one of the largest transfers of wealth.”

While good for ride-hailers, it has been bad for investors. Unfortunately, the strategy didn’t prevent competition from intensifying, as other well-funded rivals can do the same with venture capital.

When Uber overestimated itself

Rather than focusing on driving its core business to sustainability and profitability, Uber has been funding autonomous vehicle technology that is years away from fruition. The better decision would have been to build a profitable core business that can then fund expensive projects like self-driving vehicles. Like Google and Apple are doing.

While releasing the full year 2019 results, Uber CEO Dara Khosrowshahi earlier this month disclosed they were looking to “accelerate our EBITDA profitability target from full-year 2021 to Q4 2020.”

Cutting costs the way Uber has just done in California is the best path towards achieving this. It will also help avoid a WeWork-like debacle.