Futures on the Dow and broader U.S. stock market tumbled in overnight trading Tuesday after another iconic retailer announced it would shutter hundreds of stores and lay off thousands of workers.

Futures contracts for all three major U.S. indexes traded modestly lower Tuesday evening. Dow Jones futures were off by as much as 97 points before paring losses later in the session. At press time, the Dow’s March contract was down 31 points, or 0.1%, to 28,758.00. 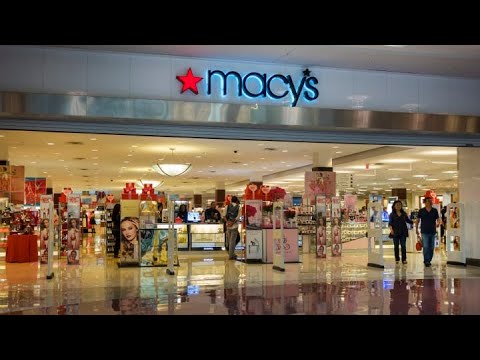 American retailer Macy’s (NYSE:M) announced Tuesday it plans to close a fifth of its department stores and slash 10% of its corporate staff over the next three years. That amounts to 125 stores and roughly 2,000 corporate workers.

Following the massive restructuring, Macy’s said it will keep running roughly 400 of its namesake locations.

While e-commerce gets much of the blame for the decline in physical stores, there’s a lot more to the story. The aggressive over-expansion of shopping malls, rising rents, the implosion of leveraged buyouts and cash-strapped consumers have all played a role. These factors have led to a decline in both revenue and profitability, which partly explains why so many retail stocks struggled at the end of 2019.

Since the Federal Reserve expanded monetary policy after 2008, the amount of retail debt considered risky has risen sharply. Fed policy enabled retailers to borrow lots of money at near zero interest rates, which helped to propagate an enormous retail bubble.

It’s no surprise that most large retail bankruptcies since 2012 have occurred at private equity-acquired chains. According to some estimates, private equity takeovers have killed 600,000 retail jobs since the financial crisis and over a million more could be at risk.

Then there’s the other obvious factor – declining real wages. American incomes are barely keeping up with inflation, which means they aren’t rising in a real sense.

All said, there are a lot more structural issues facing brick-and-mortar retail that cannot be explained away by the rise of Amazon and other e-commerce stores.

That’s not to say e-commerce hasn’t played a role. It most certainly has. Big-box retailers have been losing shoppers to Amazon and eBay for years. The smart ones, like Walmart Stores, have invested heavily in technology to deliver a positive online shopping experience for their customers. Others like Sears and J.C. Penny failed to do so.