Jose Mourinho had a question for Dele Alli.

“I asked him if he was Dele or Dele’s brother,” the Tottenham boss said of his first conversation with the England international in November.

Alli has heeded his manager’s advice. His winning goal against Brighton on Thursday means he has now scored four times and provided three assists in seven Premier League appearances under Mourinho. After a hugely disappointing 2018/19, the old Alli is back. 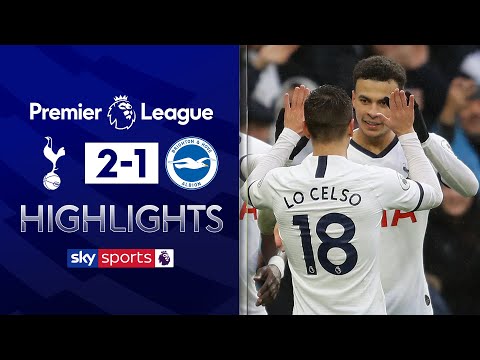 Tottenham’s final full season under Mauricio Pochettino was mixed. Tipped as title challengers in the early months, the Spurs fell away midway through the campaign but still reached the Champions League final.

Nevertheless, the warning signs were there as the Spurs barely scraped into the top four. The feeling that things were amiss was exemplified by the form of Alli, who managed just five league goals and three assists all season.

Injuries certainly did not help his cause, but the former MK Dons man also seemed to lose his confidence. He was not as decisive in the final third and struggled to influence games like he had before. Some even suggested that Alli’s England future was in doubt. Fast forward a few months and he is firmly back in Gareth Southgate’s thoughts. 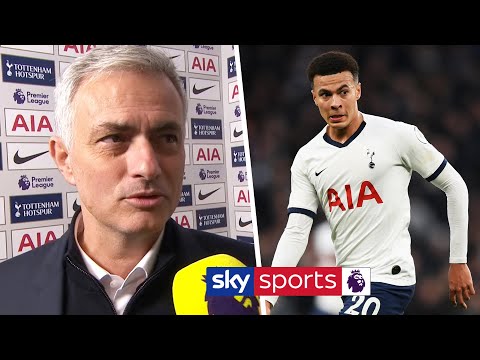 Alli is the type of attacking midfielder that Mourinho loves

We have already seen glimpses of Mourinho’s confrontational side in north London. The Portuguese coach was implicitly critical of Tanguy Ndombele after the Brighton victory. Ndombele had declared himself unavailable for selection, citing an aggravated abductor muscle. Mourinho huffed that the decision was “not based on injuries [but] fears of previous injuries.”

Throughout his managerial career, Mourinho has clashed with members of his squad. However, other players have enjoyed the best periods of their careers while working with the Portuguese coach, most notably Wesley Sneijder at Inter, Frank Lampard at Chelsea, and – although he is not in the same class as the aforementioned duo – Jesse Lingard at Manchester United. Pleasingly for Alli, all three are attacking midfielders like him.

Alli has responded well to Mourinho’s November pep talk, but there is a tactical element to his recent improvement too. The Spurs manager has pushed Alli into a more advanced role. He enjoyed the best season of his career in that position, scoring 18 Premier League goals in 2016/17.

Pochettino often deployed Alli deeper in midfield last season, but Mourinho sees him as a link-man between the center and the attack. It is a function that the England international is fulfilling brilliantly at present. He has the energy and dynamism that his manager loves to see in that role.

The primary reason for Alli’s drop-off last term was injury. It is a concern, then, that he exited the pitch holding his groin at the end of the Brighton win. Tottenham plays twice more in the next five days, a hectic festive schedule that Mourinho slammed as a “crime.”

The Spurs’ boss must manage the situation carefully. It is impossible to judge his handling of Ndombele without knowing the full facts, but creating an environment where players feel compelled to play through injury would be a risk. Giving Alli a rest from time to time would be preferable to him suffering a lengthy spell on the sidelines.

The stakes are high for Mourinho. Chairman Daniel Levy will not necessarily expect him to deliver a top-four finish this season, but he will want to see signs of progress. Mourinho may, therefore, be tempted to play Alli at every opportunity, but his downturn in 2018/19 shows why that would not be wise.