Antonio Brown says he’ll only return to the NFL for the 2020 season on one condition: He gets to catch touchdowns from Tom Brady. That may happen, but not on the New England Patriots.

Why It’s Time for Tom Brady to Leave the Patriots

After a miserable defeat to a Derrick Henry (and a little help from the rest of the Tennessee Titans) on wildcard weekend, Tom Brady and the Patriots are reeling from their most embarrassing playoff loss since 2009.

At age 42, Brady’s future is up in the air, with several developments hinting that he could leave New England after 20 wildly-successful seasons.

There were some bad throws on Saturday, but a frustrated Brady didn’t have many weapons at his disposal. The six-time Super Bowl champion can clearly still play in this league and has personally stated his desire to play until age 45.

With only three seasons (at most) left, Brady must leave a Patriots’ offense that is on the verge of a total rebuild if he hopes to have any chance of making it lucky number seven. 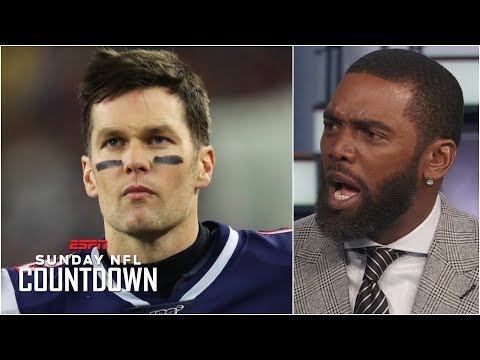 Robert Kraft is not going to capitulate and bring back Antonio Brown, no matter how many Instagram posts his quarterback likes.

Once you consider that Josh McDaniels, the Patriots’ longtime offensive coordinator, could take a head coaching role elsewhere, Brady has virtually no incentive to stay in New England.

Here is where things get interesting.

Antonio Brown could be ridiculously cheap for any team willing to take a gamble on him. Tom Brady cannot command top dollar anymore, as performance metrics suggest he is not quite what he used to be, and he’d probably take a pay cut for another Lombardi trophy. A team could scoop up these two guys for pennies on the dollar compared to what they would have cost a few seasons ago.

How about a supposed superteam that imploded from a lack of discipline? One where Josh McDaniels is the front-runner for the head coaching job? That’s right, the Cleveland Browns.

Cleveland is so desperate to have a winning season their fan base would almost certainly roll the dice on a talented wideout like AB who is still in elite shape.

Baker Mayfield has had every opportunity in the world to show he is good enough, and he’s largely failed. He would benefit more than anybody from sitting on the bench and learning from Brady – as Jimmy Garroppolo did – to great success.

The Browns’ offense is potentially so potent they just need a safe pair of hands, and even an aging Brady could provide that in his sleep. Enter Josh McDaniels to provide some Belichick-style discipline, and the recipe to rescue Cleveland from the abyss is complete.

Antonio Brown Still Hopes the GOAT Can Save His Career

The most unlikely component of this thrilling scenario is Antonio Brown getting one last shot at the NFL. After all, his behavior continues to suggest he would still be a toxic locker room presence.

But if AB respects anyone, it’s Tom Brady. The GOAT might be the only man with enough influence to make giving him another chance worth the bet.