Over the past few days, and particularly over the past 24 hours news on Wall Street has gone from hyper-optimistic to downright depressing. One article declared we’d come to “The end of the market’s Trump honeymoon”, others are analyzing not whether or not major correction is underway, but whether or not the correction will lead to a “multiyear bear market”. The change in sentiment is startling, and it’s been almost perfectly mimicked by the crypto market. Watching this play out has caused two questions to arise: firstly how strong the correlation between traditional financial markets and the cryptocurrency markets is and secondly if the correlation exists what the implications of today could be for cryptocurrencies.

While many, many attempts have been made to qualitatively correlate crypto markets and even imply causation (a big no-no in quantitative analysis, relatively few attempts have been made to quantify the relationship. Aside from a few outdated articles, I’ve found little. The best resource I was able to find on the subject was Sifr Data, a free cryptocurrency data visualization tool. Among other visualizations, they have a cryptocurrency correlation matrix which shows the z-scores and p-scores of correlations between various assets.

For those of you who skipped statistics class as much as I did, the numbers in the first chart are called z-scores. They represent the direction and strength of the relationship between the two sets of data. A higher absolute z-score means greater correlation, while a lower absolute z-score means less of a correlation. Whether the number is positive or negative indicates whether the relationship is direct or inverse:

The S&P 500, because of it’s z-score, has a “weak positive relationship” to Bitcoin. This is hardly interesting and according to our matrix is not statistically significant (check out the link for an explanation of why). Now let’s look at the VIX z-score, the other number I mentioned above. It’s a -0.31 making it a “moderate negative relationship”. For those unaware VIX is an index of the volatility in the stock market and is also referred to as the “fear-gauge”. This means that there is a definite inverse correlation between VIX and Bitcoin. This was demonstrated quite well in an article earlier this year which contained the following graph:

It also tells us that in a longer-term bear stock market cryptocurrencies will likely fare even more poorly than their stock counterparts. Conversely, in a bullish market, they will likely fair better.

The Correlation Plays Itself Out

With this correlation in mind, let’s analyze the recent market trends which have caused this rise in the VIX (up 115% today) and try to figure out what’s going on here. Today, the Dow Jones dropped 1,175 points constituting the single largest point drop in the measures 130+ year history. Nonetheless, because of the recent meteoric rise, percentage wise it only constituted a 4.6% drop. To give a measure of what this means for the markets, we can simply say that the Dow Jones has reversed all gains made in 2018. This alone, while bearish, is definitely still consequential. Unfortunately, the Dow Jones wasn’t the only index hurting today with the DAX (based in Germany), FTSE (based in the UK), and S&P (based in the US) all down sharply over the past few days. Looking at this combined with cryptos own 45% fall in recent weeks, you can see why the VIX is climbing and fear is driving the market.

What’s causing all this? Everyone has a theory, but there have been two rather nerve-racking causes. First of all the Federal Reserve’s 10-year yield rate, which determines the interest rates the U.S. government and Americans pay on their debt has increased recently. Higher interest rates can lead to decreased consumer spending and can increase inflation, both rather bearish signals. This combined with some rather prominent economists/former Fed Chairman (I’m looking at you, Greenspan) declaring that we’re entering a “massive multiyear bear market” have driven VIX through the roof. In the world of crypto, this fear mongering is combined with the recent price fall, crypto’s notoriously panicky retail investors, and general FUD and you end up with what could become a long bear market.

I hope I’m wrong, and maybe I am. Hope is probably the best I can do. As we now know: market sentiment, more than anything else, drives the price of cryptocurrencies. I anticipate an interesting few weeks ahead of us. 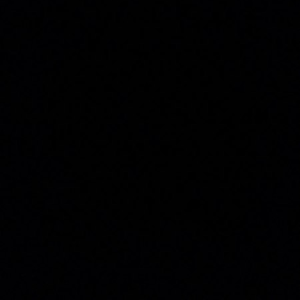