The strategist said that the U.S. stock market is closely following the trend of his “weekly leading index.” The index weighs various fundamental data points, including critical economic figures.

This weekly leading index objectively in an apolitical way tells us what do all these positives and negatives, the crosscurrents, add up to. So far, so good… The cyclical recovery is on track.

For now, the strategist emphasized that various fundamental factors are supporting the stock market rally. He does not believe that speculative mania around stocks will fizzle away in the near-term.

In recent days, the momentum of global equities further bolstered the uptrend of the U.S. stock market. Stocks in Asia, especially in China, recovered. The global trend hints at a rising appetite for risk-on assets across varying markets.

As economic data improve, such as the unemployment rate in the U.S., strategists foresee a smooth stock market recovery.

The resilience of the U.S. stock market despite struggles of reopening the economy across many states has investors positive. 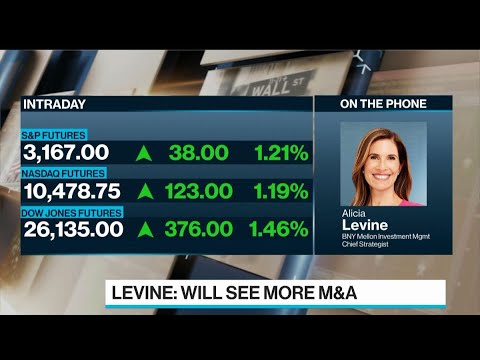 In the near-term, the U.S. stock market faces two grave threats that may hinder its recovery.

First, the U.S. government is placing additional pressure on China by clamping down on TikTok.

ByteDance, the parent company of the popular mobile application, is reportedly valued at $100 billion. There is a risk that China might respond with counter-measures against American companies to protect Chinese firms.

Intensified geopolitical risks amidst a weak economic recovery could hamper the momentum of U.S. stocks.

Second, a group of 239 scientists recommended the World Health Organization (WHO) to acknowledge the airborne-nature of the virus. Hundreds of scientists worldwide signed a letter to urge the WHO to recognize airborne-transmission.

Fear towards a new virus transmission route could accelerate uncertainty in the U.S. stock market.

Most public health organizations, including the World Health Organization, do not recognize airborne transmission… but in our view, insufficient to provide protection from virus-carrying respiratory microdroplets released into the air by infected people.