Carnival Corporation (NYSE: CCL) could be on the road to bankruptcy.

This week, the company revealed that it is pushing back the sailing date on its newest ship, the Mardi Gras, until February 6 – four months later than planned. This pandemic-related delay follows an earlier announcement suspending the resumption of general ocean cruise operations to September 30.

That’s bad enough for CCL stock speculators. Worse is that both of these dates still look too optimistic as the second wave of the virus accelerates.

Here are two reasons why Carnival is at risk of going bust as the global pandemic festers. 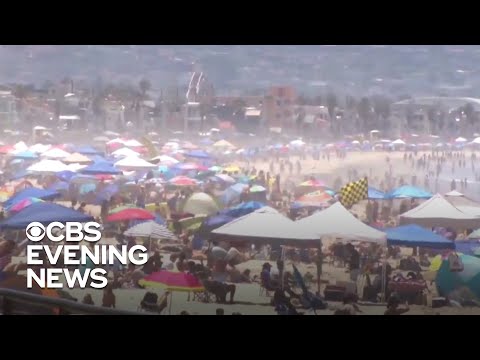 Yesterday, a staggering 59,000 Americans tested positive for the disease in a 24-hour period. That means that six months after the virus began transmitting in the U.S., the country reported its single worst day on record for new infections.

Fatality numbers are accelerating simultaneously, with over 135,000 total deaths, according to Worldometers.

That’s terrible news for Carnival. America’s cruise ship no-sail order is set to expire on July 24, which would theoretically give operators ample room to get things up and running by their September restart date.

Here’s the problem: The U.S. has failed to stop the spread of the disease.

Lifting the no sail order would be politically suicidal – not to mention morally irresponsible – because of how rapidly the virus spreads in tightly packed environments.

And even if the order was lifted, foreign governments probably wouldn’t allow virus-laden American ships to dock at their points.

This means Carnival’s September restart date is a pipe dream.

In April, Carnival’s CEO, Arnold Donald, claimed that his company could survive through 2020 with zero revenue. He probably never imagined his boast would actually be put to the test.

Given the way the pandemic is trending, it looks unlikely that Carnival will be able to restart operations until the first or second quarter of 2021. This scenario could easily shove the company to the brink of bankruptcy.

To make matters worse, Carnival’s heavy debt load and equity dilution could suppress the company’s cash flow and stock price for years to come, even if it manages to survive the near-term crisis.

Last month, Carnival raised an additional $1.86 billion and 800 million euros ($903.4 million) in senior secured term loans. The debt carries a flat rate of 7.5% plus a variable rate based on LIBOR, an average of interbank interest rates in the U.S and Europe.

This pile of high-interest/early maturity debt will put the company at a higher risk of insolvency if cruise operations continue to face delays.

Bankruptcy became a realistic threat to Carnival Corporation the second the first case hit U.S. shores. That outcome is even more likely today.