The U.S. housing market is enjoying terrific price appreciation thanks to a lack of homes available for sale, but that isn’t preventing investors to take money off the table from commercial real estate funds. Last week, it emerged that UBS’ $20 billion flagship real-estate fund is on the verge of witnessing $7 billion in withdrawals.

The UBS Trumbull Property Fund has received redemption requests that could see more than a third of the vehicle’s value being diminished. In a last-ditch attempt to arrest the outflow at the underperforming fund, UBS is reportedly looking to let go of management fees and reduce costs for investors.

At the same time, UBS is reportedly putting the fund’s office and retail assets for sale, which currently accounts for 27 percent and 20 percent of the overall value, respectively. Instead, UBS is now looking to increase the fund’s exposure to apartments from the current 34 percent. But this change in gear by UBS at its landmark real-estate fund could end up having a negative impact on the U.S. housing market.

The reason why investors have decided to pull out of the fund is simple – underperformance. The returns from the fund have averaged lower than the benchmark index over a period of one, three, and five years, as reported by CNBC. The problem is that the redemption requests could force UBS to offload properties at a cheaper rate to meet investors’ obligations, and that’s where the problem for the U.S. housing market lies.

For instance, selling commercial real estate such as malls and offices on the cheap could have a domino effect on the price of residential real estate in that area. This could knock the wind out of the U.S. housing market that’s riding high on price appreciation on the back of tight inventories thanks to negative perception.

But this is not the only reason why the weakness in real estate prices could wreck the U.S. housing market rally. UBS’ troubles point toward a far bigger problem that’s affecting the real estate market in the U.S. and has the potential to negatively impact the housing market as well.

This is evident from the fact that retail store closures in the U.S. reached a 10-year high last year. Over 10,600 stores reportedly downed their shutters in 2019. The trends don’t look promising in 2020 either as Macy’s is looking to close 125 stores, Wayfair has already laid off 550 employees, and J.C. Penney recently announced that it is closing a mall store.

JCPenney announced plans to close its Chapel Hill Mall store a few weeks ago; now the company has outlined its formal plan… which includes nearly 100 layoffs at the Akron store. pic.twitter.com/aN0zM48nlQ

The bad news is that UBS estimates that an additional 75,000 stores in the U.S. could down their shutters by 2026. This means that more job losses are in the cards, and this is something that the U.S. housing market does not want. 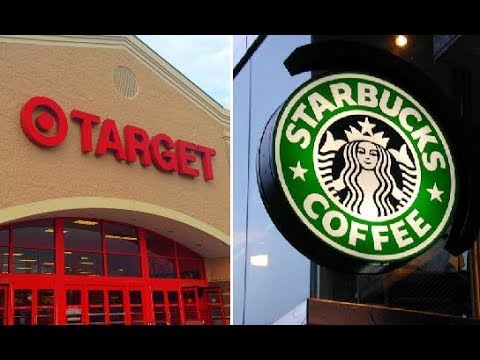 According to a recent report by the National Association of Realtors (NAR), the median price of an existing single-family home in the U.S. jumped 6.6 percent in the fourth quarter of 2019 to $274,900. This jump in prices in the U.S. housing market coincided with a 12 percent drop in supply, with housing inventory dropping to a three-year low during the quarter.

Lawrence Yun, the chief economist of NAR, sees this massive jump in prices and dwindling inventories as a problem. He said:

It is challenging – especially for those potential buyers – where we have a good economy, low-interest rates and a soaring stock market, yet are finding very few homes available for sale,” Yun said. “We saw prices increase during every quarter of 2019 above wage growth.

That last line explains just what’s wrong with the U.S. housing market. Consumers have been resorting to the mortgage market to take advantage of low rates. But the reality is that housing affordability in the U.S. has been on the wane as price growth has outpaced wage growth.

This is a challenge that the U.S. housing market faces as a slew of recent layoffs in the U.S., including a big one at U.S. steel, could eventually force consumers to think twice before buying a new house. This will weaken demand for homes and eventually lead to weak pricing. What’s more, retail store closures will be another headwind as they have the potential to weigh on prices by building a negative perception.

This is why if UBS fails to stymie the outflows from its real-estate fund and starts dumping properties on the market, it could trigger what could very well become the next U.S. housing market crisis in the future.