The NFL season is only five weeks in, so it may seem kind of crazy to be thinking about the draft. But in football circles, it is a pretty big topic of discussion right now—all 71 rounds of it. Not the NFL draft, but for the latest attempt at a spring football league, the XFL.

So, if you thought the seven-round NFL draft was long, the XFL draft is going to be roughly 1,000% worse. 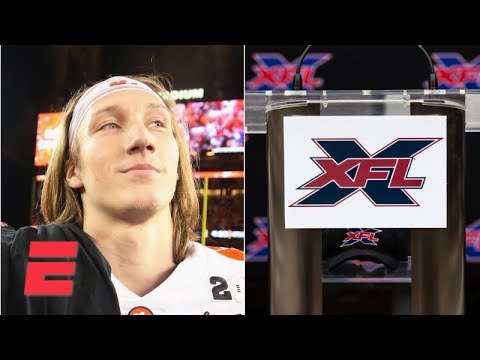 The NFL takes three days to get through seven rounds, but the XFL is going to get 71 in just two days. Why so many rounds? The XFL is a new league, so, right now, their rosters are empty. So, with eight teams starting with no one, they need a long draft to fill every roster.

Rather than start every team off with an empty roster, each will be assigned a quarterback. The draft itself will then be separated into five different phases:

Each of the first four phases will consist of ten rounds each, with the final phase lasting long enough for every team to fill its roster. The format is going to be just like a snake draft in a traditional fantasy league; the team picking first in round one will pick last in round two.

Teams will have 90 seconds to make their picks and announce them over a video conference call with the league’s home office.

The draft pool will consist of 1,000 players (and no, Trevor Lawrence isn’t one of them), and the draft will take place on October 15 and 16th. In the days leading up to the draft, the league will announce the names of all 1,000 players.

Fans will be able to follow the draft on social media.

Will This NFL Rival Succeed?

That is a good question. No spring league has ever been successful enough to last for long. The last attempt, the now-defunct Alliance of American Football, got off to a solid start. It had some recognizable faces on the field and the sideline. While it wasn’t great football, it was good—just poorly financed, leading to its eventual demise.

But the XFL’s owner, WWE Chairman Vince McMahon, has made sure the league is well-funded. So, money shouldn’t be an issue. They will, however, have the same problem as every other spring league ever attempted.

Jalen Rowell had to put his football dreams on hold to serve his country.

Now he’s looking to get the dream back on track through an opportunity with the #XFL. #XFLDraft pic.twitter.com/L6Iz3sdpeC

Can all eight teams start playing good football sooner rather than later?

We see it every year in college football and the NFL. Teams need time to work the kinks out and start playing their best football. But with XFL teams starting from scratch and a limited number of practices before their first game, there will be a lot of kinks.

However, there are some great coaches slated to captain the upstart league’s founding franchises. So, for now, all fans can do is wait, hope for the best, and wait for Mel Kiper to release his 71-round XFL mock draft.