The XFL's first season won't start for three more months, but the upstart league is already getting on the NFL's bad side. | Source: XFL/Facebook

The XFL’s inaugural season won’t begin for another three months, but the upstart professional football league is already doing its best to get on the NFL’s bad side.

And it’s questionable behavior may cause NFL rejects to have second thoughts about suiting up in Vince McMahon’s new spring league.

With Matthew Stafford sidelined for the first time in more than seven seasons, ESPN’s Adam Schefter reports that the Detroit Lions had hoped to sign journeyman quarterback Josh Johnson to round out the depth chart.

There’s just one problem: Johnson signed with the XFL three days ago. And the XFL doesn’t intend to let him out of his contract.

Josh Johnson is going 🔙 to Cali, this time to suit up for the @XFLWildcats. #XFL pic.twitter.com/aVIuKnd9ta

This isn’t the first time an XFL contract may have prevented a quarterback from earning one more shot at the NFL.

Following Ben Roethlisberger’s season-ending injury, there was speculation among fans that the Steelers might bring in Landry Jones, who played for the team from 2013 to 2017 before being cut during the 2018 preseason.

Unfortunately, Jones had indentured himself to the XFL one month earlier, and the Steelers signed Paxton Lynch to their practice squad instead. Lynch is now third on the depth chart behind Mason Rudolph and Devlin Hodges.

Ticking Off the NFL Is a Risky Move

It’s understandable that the XFL doesn’t want to let its “marquee” names slip through its grasp, especially since quarterback play is the biggest factor in whether spring league football is even watchable.

Blocking athletes from opting out of their contracts to join the NFL is risky, though. Bootstrapping a professional sports league is difficult enough on its own. Doing it while angering a business as flush with cash as the NFL could be a devil’s bargain.

While unlikely, a vengeful NFL could launch its own developmental league, if for no other reason than to strangle the XFL. Vince McMahon has committed to spending $500 million over three seasons to get his league off the ground. The NFL, which generated a record $8.1 billion in revenue last year, could double that and barely notice that it was gone. 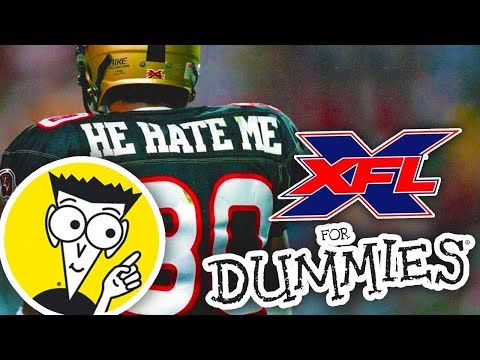 Regardless, the XFL’s path to success would look far brighter working with the NFL, rather than against it.

Remember that the short-lived Alliance of American Football (AAF) actively sought to build mutually-beneficial relationships with the NFL. It collapsed, in part, because it failed to secure those partnerships with the Roger Goodell-run league. (That, along with the fact that its primary investor was the puppet-master behind a shadow banking scheme.)

Will Miserly XFL Cause Players to Have Second Thoughts?

More importantly, the XFL’s miserly attitude about its stars could threaten its ability to sign new talent, especially “bubble” players like Johnson, who may just be an injury or two away from a spot on an NFL roster.

Sure, the XFL can dangle a paycheck, which is something no journeyman athlete can ignore. Top XFL quarterbacks could earn as much as $500,000. That’s far more than NFL practice squad players earn, and it at least approaches NFL salary levels (NFL levels from the early 1990s, anyway).

But the league’s otherwise-woeful compensation package will pay the average non-quarterback a paltry $55,000 – with base salaries barely cracking $27,000. One XFL draftee has already balked at the opportunity, noting that he makes far more money as a software developer.

Few athletes would subject themselves to the meat grinder of professional football for compensation that minuscule unless they believed it would help them prove their worth to NFL franchises. Perversely, though, XFL contracts could be the very thing that rob players of what may be their final chance to make it in the NFL.