The Dow and broader U.S. stock market plunged anew Friday morning after the Pentagon confirmed that Iranian General Qassem Soleimani had been killed in an airstrike near Baghdad airport.

The news sent shockwaves across global markets, triggering a steep rise in the price of oil. Dow blue-chips tied to the black commodity avoided the selloff.

Energy stocks were the early winners in a geopolitical flare-up between the United States and Iran Thursday evening. As the Dow Jones Industrial Average (DJIA) plunged more than 300 points after the open, blue-chips Chevron Corp (NYSE:CVX) and ExxonMobil Corp (NYSE:XOM) pulled ahead.

The S&P 500 Index was down 0.7% after the open, with losses mainly concentrated in consumer staples, materials and real estate. The index’s energy component rallied 0.9%. 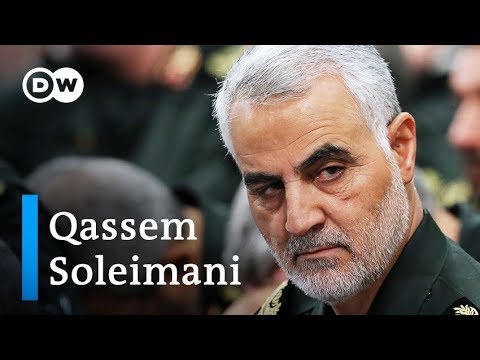 The killing of Iranian General Qassem Soleimani reverberated across the financial markets Friday and threatened to unravel relations between Iraq and the United States. The Iranian general was killed Thursday evening just outside of Baghdad in an airstrike ordered by President Donald Trump.

Iraqi Prime Minister Adel Abdul-Mahdi condemned the airstrike, calling it a breach of his nation’s sovereignty. As The Wall Street Journal reports, Abdul-Mahdi has issued a formal request for parliament to convene on the matter, perhaps as early as Saturday. The parliamentary session may include a vote on whether to expel American forces from the country.

As the commander of Iran’s elite Quds forces, Soleimani played a key role in reshaping the Middle East since the U.S. invasion of Iraq.

It’s not entirely clear how Iran will avenge the killing of Soleimani, though a response is likely coming given Tehran’s vast influence over the Middle East. The immediate impact of U.S.-Iran tensions will be felt in the oil markets. Analysts told CNBC on Friday that geopolitical tensions between the two countries could send oil surging past $80 a barrel.