One of the most common NBA mantras is “never doubt the Spurs.” Yet every year, analysts and commentators do just that. As they’re another season removed from the Kawhi Leonard departure and the exodus of their longtime championship trio, many thought the Spurs would be the odd team out in the brutal Western Conference.

Whoops. The Spurs are off to a 3-0 start, which is even better than Kawhi and his new super team in Los Angeles. Led by their stable of veterans and a growing young core, the Spurs are rebuilding and winning without ever having to tank. Here’s how they’re doing it.

The ending of that game was way more stressful than it needed to be. But a win is a win and your San Antonio Spurs are 3-0! #GoSpursGo pic.twitter.com/e3O9G4fYoJ

The Spurs Are Faster Than Ever

Pacing might be the most shocking aspect of this year’s Spurs. They usually play a bogged down, defense-first, grind-it-out style of basketball. This year, they’ve discovered a jump in their step. The Spurs are tied for eighth in the league in pace so far this year with 106 possessions per 48 minutes. They haven’t averaged over 100 possessions per game in over 30 years.

Coincidentally, they also haven’t had an influx of young talent like this before. Led by young guards Dejounte Murray, Derrick White, Lonnie Walker IV, and Brynn Forbes, they finally have the legs to play a more open style.

Murray, in particular, has been a stud. The third-year point guard is finally stepping into his potential, averaging 14.7 points, 6 assists, and a whopping 8.3 rebounds per game. He’s currently sixth in the league with 30.31 PER. His new $64 million contract extension could soon look like one of the biggest steals on the market.

So happy to see @DejounteMurray back!

But just because the Spurs have an exciting youth movement, that doesn’t mean they’re not still up to their same old boring, effective tactics.

San Antonio: A Museum for the Mid-range Jump Shot

While many analytics-driven franchises, like the Houston Rockets, have all but banned the mid-range jumper, San Antonio has embraced it. Led by DeMar DeRozan and LaMarcus Aldridge, who were first and second in mid-range shot attempts last year, the Spurs are third in field goal percentage so far this year. They’re taking the shots they’re comfortable with, which is proving to be more effective than forcing threes.

They’ve attempted nearly half the amount of threes as league-leader Milwaukee. It doesn’t seem to matter when they’re so good at all of the other fundamentals. The bigs have done their job as the Spurs rank second in rebounds and third in blocks.

Gregg Popovich is Still the Master

If Bill Belichick is the dark magician of the NFL, Greg Popovich is the white wizard of the NBA. He’s successfully navigated the Spurs through several stylistic changes over his 23-year tenure. When the Spurs lost their best hope for the future in Kawhi Leonard, they readjusted and continued their playoff run.

If you think that’s an easy feat, just look at the Golden State Warriors. After coming off one of the most dominant five-year runs in NBA history, the Warriors lost two of their biggest pieces in Kevin Durant and Klay Thompson. While they still have their core intact, they’ve looked so atrocious this year that they can barely leave an arena without cursing themselves out. 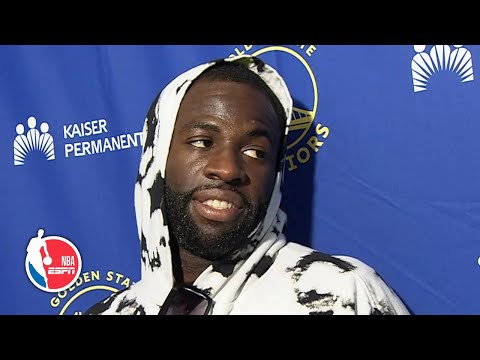 Popovich, on the other hand, has always found a way to win. Even when his team was without Leonard in 2017-18 and hadn’t yet acquired his trade pieces, the Spurs managed to grind out 48 wins. It’s possible that this above-average season was the low point for the Popovich era in San Antonio. With the Spurs injury-free and undefeated, this might be the year he puts all of the doubters to rest.