The Dow Jones erased most of its early gains on Tuesday, as an extremely rough U.S. consumer confidence reading exposed the growing disconnect between the stock market recovery and economic reality.

Household spending is the most important engine in the global economy, but a recent survey from Piplsay suggests it’s unlikely to rebound anytime soon.

Among the major U.S. stock market indices, the Nasdaq was – seemingly for once – the worst performer:

Crude oil remained intensely volatile, diving as low as $10.07 before bouncing back toward the $13 handle in the late afternoon session.

Meanwhile, layoffs and bankruptcies are mounting in the energy sector. The services industry is more systemically important to the U.S., but crude’s struggles couldn’t have come at a worse time.

Coronavirus cases officially surpassed the 1 million mark in the United States today. And while Dow bulls continue to follow the carrot of reopening the economy, public sentiment is not parroting the rosy dialogue coming out of the White House.

The mainstream media has given considerable airtime to anti-lockdown protests around the country, but all the data suggests that nationwide, the desire to get back to work is not as strong as the demonstrators would have you believe. 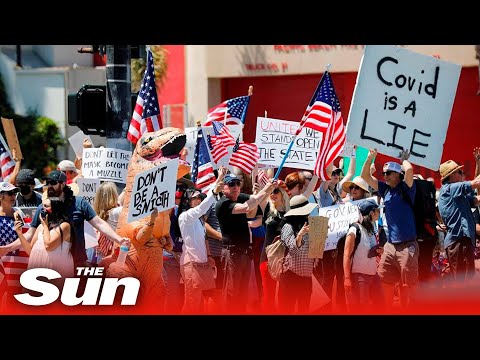 According to new survey data from Piplsay, most Americans do not feel confident about easing coronavirus lockdown restrictions. In fact, around two-thirds of most demographics want social distancing measures to remain in place.

65% of Gen Xers and Millennials and 67% of Black Americans and Whites want social distancing to remain in place for some time, while 45% think President Trump should not promote unproven treatments for COVID-19.

This survey suggests that it’s misguided to believe that a genuine return to normalcy is imminent.

New U.S. Consumer Confidence data from the Conference Board isn’t encouraging either. The index plunged to 86.9 in April, which is its worst mark since 2014.

Because consumer spending is the single most important economic engine in the global economy, evidence of apprehension in U.S. households is a big problem for the stock market.

These findings highlight one of the greatest dangers to the Dow Jones. Neither the Federal Reserve nor the White House can fake demand forever. While stimulus payments and QE can provide a bridge loan temporarily, they’ll yield diminishing returns without organic economic activity.

On a less-than-inspiring day in the Dow 30, global growth bellwether Caterpillar (NYSE: CAT) reported a 21% drop in its earnings for the first quarter. 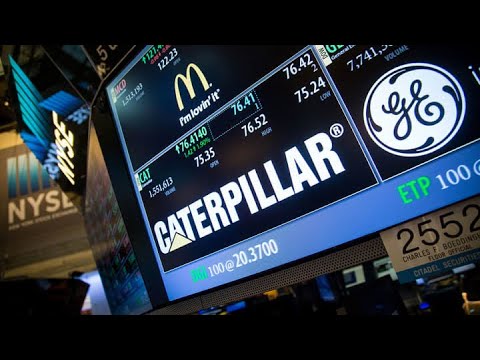 The construction giant declined to provide an outlook for 2020 – a clear sign of the uncertainty around the future.

Fellow DJIA component Pfizer reported earnings too. The pharmaceutical giant recorded an 8% drop in sales, but investors appear hopeful that it is well-positioned to win the race to develop a coronavirus vaccine or treatment. PFE stock lost just 0.77%.

Boeing earnings will be reported tomorrow. Analysts anticipate EPS of negative $2.04, but BA stock is still up more than 1% ahead of the release.

Apple, which reports earnings on Thursday, dipped 0.8% to $280 amid the broad struggles in the tech sector.