Investors may be buying this stock market dip for the wrong reason. | Source: AP Photo/Richard Drew

Dow bulls are rabidly pricing in a sizable cut from the Federal Reserve, but multiple analysts warn that an interest rate reduction may be impotent to buttress a stock market plagued by a health crisis.

It was a solid day in the commodity sector, as crude oil managed to rally 4.5%. Risk-on conditions did little to harm the price of gold, which enjoyed a 1.9% gain and looks to retake the $1,600 handle.

And yet bond yields remain in absolute free-fall, suggesting a dark outlook for the U.S. economy. The yield on the benchmark 10-year note is touching record lows.

It appears that hopes of emergency stimulus from G7 central banks have done a lot to soothe fears on Wall Street.

Dow bulls are looking extremely optimistic about the impact that united rate cuts could have on the global economy as it fights the negative effects of the coronavirus.

Not everyone is so convinced. Prominent CNBC analyst Jim Cramer made it clear Tuesday that he believes a Fed rate cut is meaningless without a vaccine to fight the spread of the disease. 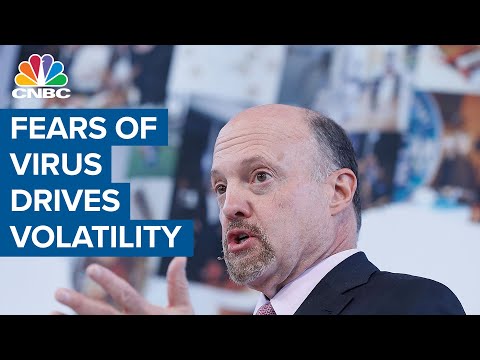 If the Fed does step in, the aptly named dead-cat bounce in which prices recover only for a short while, should not be mistaken for resurrected animal spirits. No amount of rate cuts will cure a single coronavirus patient, nor will anyone frightened of illness decide to buy a new house, a car, or even a night out at a restaurant.

Interest rate cuts may give investors a sugar rush, but they won’t stop the coronavirus outbreak from wreaking havoc on the economy if the disease continues to spread.

U.S. Health Secretary Alex Azar even put the possibility of internal travel restrictions on the table in the last few days, after the U.S. announced its second death over the weekend. (The U.S. death toll climbed to at least six on Monday as the Seattle-area outbreak worsened.)

Nordea: ISM Manufacturing Was Even Worse Than It Looked

Helping support risk appetite in the Dow Jones was a better than expected German manufacturing PMI, alongside a passable ISM manufacturing number in the U.S. 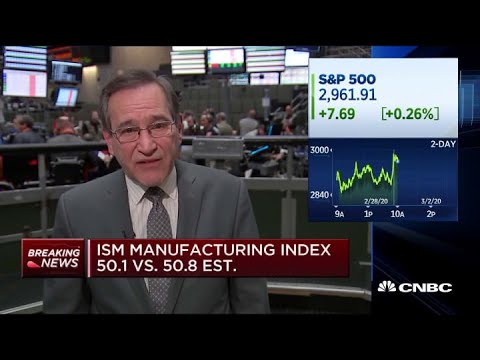 Unfortunately, economists at Nordea Research picked plenty of holes in Monday’s PMI reading. And they anticipate plenty of even weaker prints in the future:

When digging into the details of the report, the report looks much worse than the headline index suggests… Going forward we expect the ISM Manufacturing index to substantially decline. Not only have some respondents submitted their answers before the equity market tanked, but the underlying details of the report also suggest weak readings ahead.

It was a sea of green in the Dow 30, and most of the index was firmly higher on the day.

Leading these gains was the Dow Jones’ second most heavily weighted stock, Apple (NASDAQ: AAPL), which rallied more than 6% to just over $290 per share. Fellow tech giant Microsoft secured a 3% gain.

Boeing arrested its move to the downside with a healthy 4.5% rally, defying a troubling outlook for the airlines which they supply.

Walmart stock was another top performer. It climbed 5.5%, possibly on hopes of U.S. consumers stocking up on food as preparation for the coronavirus. 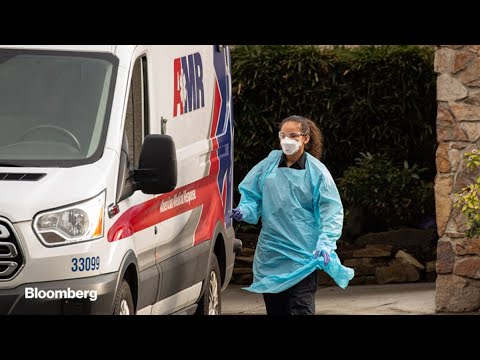 Disney was one of the worst performers in the Dow, trading virtually flat. Investors are likely concerned about the impact of the coronavirus on its major resorts and box office revenue.