The Dow Jones rallied on Tuesday, thanks in large part to Apple’s tremendous 5% rally that followed the release of impressive Chinese data.

Strong evidence that Chinese consumers are shrugging off the coronavirus shutdown gives hope to stock market bulls that U.S. households will display a similar resilience despite historic economic headwinds.

All three of the major U.S. stock market indices rallied sharply on Tuesday.

In the commodity sector, the price of crude crashed 8.5% to the $20 handle, even after the agreement on massive supply cuts from OPEC and other major oil producers.

The price of gold rose slightly, setting a new seven-year high as the U.S. dollar continued to trade softly.

Chinese Data Give Glimmer of Hope for Post-Coronavirus Economy

Global coronavirus cases are teetering on the brink of 2 million. But with many U.S. states plotting an exit strategy to reopen their economies, stock market bulls appear confident that the worst is over for the Dow. 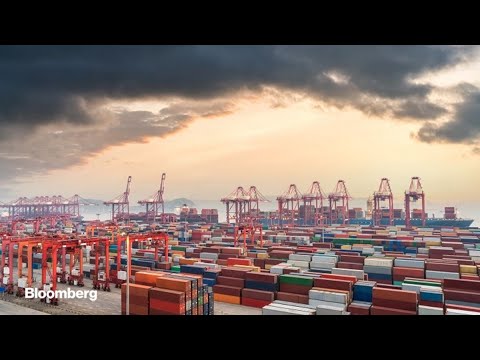 This optimistic outlook belies the dire warnings coming out of the IMF and relies heavily on China’s apparent economic stability.

In a comment to CCN.com, Nordea Asset Management’s Sebastian Galy noted that new Chinese trade data is a significant positive for the equity outlook, stating,

Chinese imports and exports were far better than expected, and while the data has not always proven reliable, it suggests that the Chinese economy is starting to stabilize faster than expected.

When you combine this with Apple’s iPhone sales rebound, Dow bulls can feel confident about China’s oft-questioned data. Shipment metrics are harder to fake, given the direct involvement of global businesses.

Analyst: “Too Much Good News Priced Into The Stock Market”

Injecting a note of caution, Chris Beauchamp, chief market analyst at IG, warned that “flip-flopping” among market strategists might forebode a near-term correction.

The turnaround among Wall Street strategists is also a sight to behold, as year-end targets for the S&P 500 are revised higher, having been dramatically slashed just weeks ago.

This is a perfect demonstration of the idea that ‘price is sentiment’, as rising prices cause an outbreak of optimism just as the plunge in stocks caused widespread bearishness.

Such flip-flopping is hardly helpful for long-term investors, but is perhaps a warning to short-term traders that too much good (or ‘not as bad’) news is now being priced in to equities.

Mr. Beauchamp’s view on the stock market is backed up by history, as many of the biggest stock market crashes in the Dow Jones and S&P 500 have been accompanied by massive rallies as well. 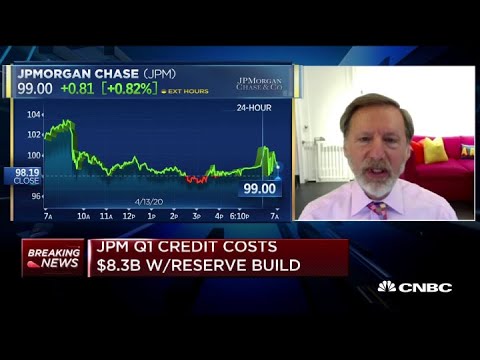 The Dow 30 was supercharged by its most heavily weighted stock, Apple (+4.75%), which shipped an estimated 2.5 million iPhones in China in March.

Though deliveries were down 20% from 2019, any evidence of demand is good news for the world’s second-largest economy – not to mention the U.S. companies that operate there. The data dragged Caterpillar stock nearly 2% higher as well.

Apple is also planning a significant redesign for its iPhone, which has forward-looking investors excited about a much-needed revamp to one of its core products.

Earnings season is here, and JPMorgan Chase was one of the first DJIA members to report its results. While investors initially appeared optimistic about the release, the bank’s concern about defaults getting “meaningfully worse” weighed on JPM, which eventually slid 3.2% despite the broad stock market rally.