An unstoppable surge briefly made Tesla the world’s most valuable car manufacturer. But as TSLA stock pierced $1,000 for the first time ever, it doesn’t look like Wall Street was impressed.

Of course, Wall Street has been calling for a pullback since at least January. And that hasn’t stopped Tesla’s meteoric rise to $1,000 – at least not yet.

This Tesla Stock Surge Has Even Elon Musk Saying ‘LOL’

Thursday’s awful market sell-off smacked Tesla stock back into triple-digit territory, but shares peaked as high as $1,027.48 on Tuesday.

At the time, this gave it a market cap of around $190 billion, putting it narrowly ahead of Toyota as the world’s most valuable carmaker.

Now, Wall Street is swooping in to tell investors to stay away. Tesla stock is overpriced, and some analysts say it’s due for a major correction.

First, Goldman Sachs sounded its warning. Tesla stock has surpassed its price target, so its analysts cut it to “neutral,” – meaning hold.

To be fair, Goldman’s Mark Delaney wasn’t that pessimistic about Tesla’s likely future performance. His price target for Tesla is still $950, although Goldman expects a fall in global car sales of 14.5%. 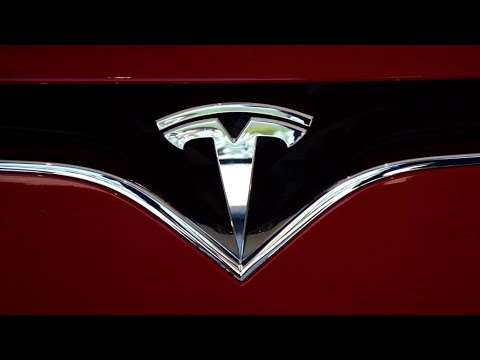 Jonas believes investors in Tesla should reduce their holdings, since the stock will likely fall soon. His price target for TSLA is $650, implying a fall of around 35% from Tuesday’s $1,000 plateau.

While Jonas told investors that he believes Tesla “deserves most of its market cap,” he also believes that the market hasn’t priced in numerous emerging risks.

For one, there’s the near-term risk of demand, given that we’re still in the midst of a global pandemic. Then there’s the longer-term risk of souring U.S.-China trade relations, which “could disproportionately impact Tesla.”

Morgan Stanley and Goldman Sachs aren’t the only firms to have come out since the $1,000 rally to warn against Tesla stock.

Yesterday, GLJ Research’s Gordon Johnson argued that Tuesday’s rally was premature. He noted that recent China sales figures many TSLA bulls have been citing to justify the stock’s valuation were only estimates.

Those numbers are not yet available. So all the Reuters and Bloomberg articles from yesterday are wrong. Also, the many analysts commenting on these numbers today on TV are also wrong.

But what is available is information on Tesla’s EU sales. And as Johnson said, “They were pretty bad,” down 5.2% month-over-month and 33% year-over-year in May.

If these Wall Street price targets are on the money, the picture doesn’t look great for Tesla stock in the longer term. Examining the fundamentals, and the ongoing global climate, rational minds would suppose that the share price is due to fall sooner or later. 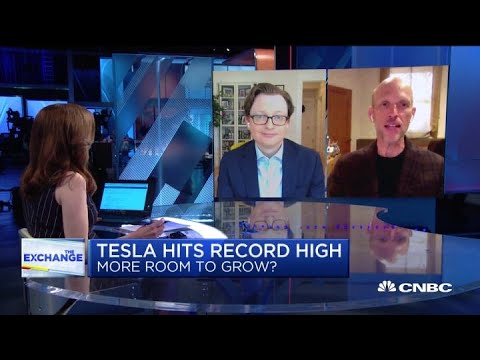 Then again, we’re clearly not living in rational times. Thursday’s plunge notwithstanding, the S&P 500 may be on course to regain its highs from February, despite the fact that much of the global economy is still shut down.

Likewise, “sensible” analysts and commentators have warned of a Tesla crash since the beginning of the year. Bank of America downgraded Tesla in April, while Jefferies did the same in February.

Then again, none of this stopped Tesla stock from rising after their warnings. So who’s to say Goldman Sachs and Morgan Stanley will be right this time?