By CCN.com: Economists expected Germany, the biggest economy in the eurozone, to introduce crucial stimuli to boost the eurozone economy that could shift the sentiment of the European equities and the wider stock market.

However, despite the anticipation of both economists and investors for increased spending, the government of Germany is unlikely to pursue fiscal stimulus and top its new spending proposal to around $55 billion.

According to Dirk Schumacher, Natixis head of European economics, “everybody” is asking for more spending and stronger stimulus.

“If there ever was a time for the government to spend more, this would be now,” he said, noting that increased spending at this juncture could alleviate some of the pressure on the declining economy of the eurozone.

Possibly due to the lackluster response from the government of Germany towards its declining economy, investors have flocked to the bond market in recent weeks, setting a record high rally and bringing the bond market to yields below zero.

“If the German government continues to pursue a balanced budget, the supply shortage will worsen. The implications for the capital market would be substantial. This is detrimental to pricing and can make prices less meaningful,” he added.

Why economists are worried about the eurozone and the stock market

With Italy’s economy lagging behind and the U.K. intending to pursue a brexit by the year’s end, the eurozone economy has been on a downward trajectory since the beginning of 2019. 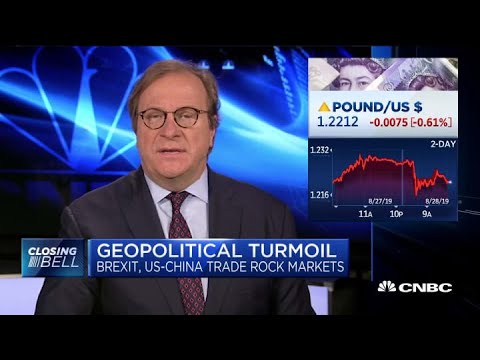 Although the government of Germany has introduced some stimuli to improve the sentiment around the market, economics claim that they are not enough to prevent a recession if it hits the eurozone economy in the near term.

The global stock market already took a hit in late August after Germany confirmed its economy declined by 0.1 percent in the second quarter of 2019.

At the time, TF Global Markets U.K. chief market analyst Naeem Aslam said that investors feel anxious about Germany’s economy shrinking in size and that it is affecting the rest of the European stock market.

“European markets are trading modestly lower as investors feel anxious about the GDP contraction of the biggest economy of the eurozone, Germany,” Aslam said.

If Germany remains with its current spending proposal and does not intend to engage in the introduction of new fiscal stimulus, the eurozone economy is expected to demonstrate weakness in momentum entering the last quarter of the year.