As the stock market surges to record highs, bulls are growing in confidence amid fading geopolitical tensions. Looking ahead to the rest of 2020, a presidential election, Brexit, and a recession in U.S. manufacturing are all concerns for investors hoping for another stellar year of returns.

Despite this complex outlook, LPL Research has dialed in a simple stat from the “Stock Trader’s Almanac” that, when triggered, predicts a positive year for the S&P 500 80% of the time.

The event that catalyzes the rally is very straightforward. All that needs to occur is for the S&P to rise through the first five days of the trading year.

This year the index gained 0.7%, which when applied to the next level of LPL’s test, means the probability of a bullish year rises again to 88% (alongside an average gain of 17%). Curiously, on years when stocks rally more than 2% in those first few days, the likelihood of a winning year sky-rockets to a whopping 94%.

While no-one can argue with the simplicity of these statistics, LPL Financial Senior Market Strategist Ryan Detrick has some words of caution for bulls looking to dive into the S&P 500 purely based on the positive start to the year:

Should you ever invest for a full year purely because of the first five days? We would emphatically say no. But put in context, this seemingly random bit of info does have a very impressive track record. It is only a small piece of the pie, but the good news is we still don’t see any major warning signs that this bull market is over just yet.

Stable jobs data, buckets of liquidity, and a deescalation in the U.S.-China trade war have formed a potent bullish cocktail. What remains to be seen is if traders are prepared to continue buying risk assets as we head into the end-game of the 2020 election cycle. It hasn’t hurt that Iran tensions are also fading.

There are at least two legitimate left-wing candidates in the race for the Democratic nomination (Bernie Sanders and Elizabeth Warren) who could both spook the stock market if victorious. 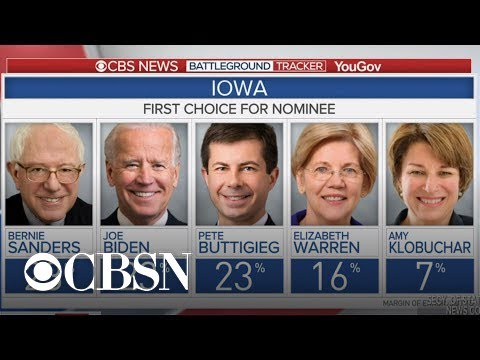 Sanders is the front runner of these two and is currently estimated to have an 18% chance of winning the presidency in 2020. LPL’s tailored stat told us there is a 12% chance of the S&P 500 declining this year, a figure that is eerily close to Bernie’s probability of taking the White House.