As the U.S. stock market nears new all-time highs, investors’ most-watched “fear index” is cautioning that the rally might not last.

A closer look at the S&P 500’s constituents shows a lop-sided recovery heavily in favor of Big Tech. Expected volatility, meanwhile, remains elevated beyond the historical average–signaling turbulence in the medium term.

All of Wall Street’s major indexes posted sizable gains Wednesday after White House officials said they plan to finalize a Covid-19 stimulus bill by the end of the week.

Industrials are the S&P 500’s best-performing sector on Wednesday, followed closely by materials and financials companies.

The stock market’s sustained recovery over the past four months hasn’t been enough to quell investors’ anxiety about the economy. The CBOE Volatility Index, commonly known as the VIX, hasn’t traded below its historic mean since early March.

VIX trades on a scale of 1-100, with 20 being the average. Readings above 20 imply higher levels of expected volatility over the next 30 days. Normally, this is associated with declines in the stock market. (VIX and the S&P 500 are inversely correlated most of the time.)

Although VIX has declined substantially from its March peak, which was also a record high, it continues to trade above 20. It wasn’t until recently that the fear gauge fell below 25, a level that’s in the top-10% of historical readings, according to Dennis DeBusschere of Evercore ISI.

An elevated VIX reflects the anxieties investors have about the economy and stock market. Rising tensions with China, a shaky post-lockdown economy, and dismal corporate earnings are just some of the things keeping investors up at night.

Ample liquidity from the Federal Reserve has underpinned market momentum at the expense of the U.S. dollar. The greenback is coming off its worst month since the financial crisis.

Video: U.S. dollar weakness to continue in the coming year. 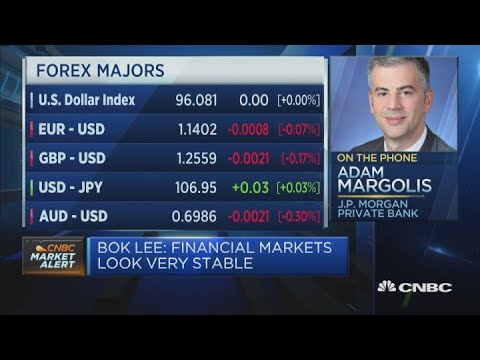 Against this backdrop, volatile trading conditions are likely to persist for the foreseeable future. That means big daily swings in the stock market of 1% or more are likely.