Skip to content
CCN.com > Markets News & Opinions > Showing Off Bitcoin Holdings Can Get You Killed

Revealing your bitcoin holdings can get you in serious trouble. | Image: Shutterstock

Makeva Jones was homeless before she transformed her life and secured a six-figure job. The Florida resident bragged about her rags-to-riches story on Facebook, only to find a masked man at her doorsteps three hours later. The thug shot her dead.

They post selfies holding massive stashes of cash, get clicked alongside their new Lamborghini, or discuss how holding/trading bitcoin made them a big shot overnight.

A 40-year old Norwegian did something similar. Local media reports that the unnamed bitcoin millionaire had to jump from the second floor of his residential building after a robber attacked him at his apartment. According to police reports, the criminal forced himself into the bitcoiner’s apartment and threatened to shoot him point-blank if he does not hand over his bitcoin holdings. The Norwegian – literally – escaped death.

But not everyone did. A 24-year old Norwegian man last year was stabbed to death when a peer-to-peer bitcoin trade went wrong. According to local reports, the demised youth was a bitcoin millionaire, famous among locals for his profitable cryptocurrency trades over the years.

In a similar case from India last week, a Kerela-based businessman engaged in the running of an illegal bitcoin operation was tortured to death by ten of his colleagues. The local police found that the assaulters wanted to extract information on some $8 billion worth of bitcoin, which led them to torture the victim.

The blunt show-off of bitcoin wealth has more to do with evangelism than the mere excuse of self-patting. Investors typically advertise their incomes, believing it would prompt more people to purchase the cryptoasset. While the support does help grow the network, it attracts troubles for the so-called do-gooders as well.

“We were discussing t-shirts with Bitcoin-related quotes when a Eastern European friend of mine said he can never wear them in his country,” Mr. Sanghvi explained. “He runs a risk of being spotted and later being harassed by local gangs.”

Mr. Sanghvi added that nobody ever approached him with a question about his bitcoin holdings. But even if he had to respond anything, it should be the truth that he “doesn’t hold crypto worth attracting a criminal.”

“I think publicly acknowledging that you hold Bitcoins in any country whether restrictive or open, is a risk. We don’t advertise our bank balances, our salaries, why should we advertise our digital wealth.”

“If somebody holds me to a gunpoint and take me to an ATM, then there is 300 bucks out of me not $300 million. Bitcoin is completely insecure,” said Mr. Roubini during his recent debate with BitMEX CEO Arthur Hayes.

“Instead of being a sophisticated financial system, it goes back to the stone age,” he added. 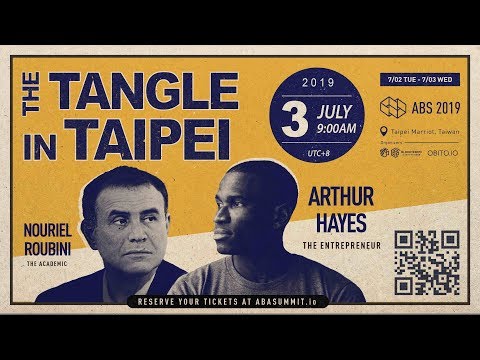 New Delhi-based Yashu Gola has been working as a financial/crypto market journalist since 2013. He is an information technology graduate, a cryptography junkie, a filmmaking enthusiast, and an avid reader of Jon Erickson, Agatha Christie, JK Rowling, and Isaac Asimov.