Although the majority of investors are focused on the phase one trade deal, strategists are looking at one major driving factor of the recent stock market rally. And that is the injection of liquidity.

A low benchmark interest rate is encouraging businesses to expand and the continuous injection of liquidity by the Federal Reserve is sustaining the momentum of the market.

During a liquidity injection or a repo operation, the Fed offers banks cash in exchange for collateral in the form of Treasurys or mortgage-backed securities. The extra capital gives banks more flexibility to meet short-term obligations and conduct other business operations.

The “relaxed” market created by the Federal Reserve has been the main driver of the stock market in recent months.

We’ve had the biggest relaxation of financial conditions since 2009. That’s an enormous statement and that’s why the markets are doing so well and have been so constructive. We’ve had massive injections of liquidity by the Fed. They don’t want us to call it quantitative easing (QE) 2 but it has the impact of a QE.

The Fed has stated it does not intend to increase the benchmark interest rate next year. That would maintain a favorable environment for businesses throughout 2020, further boosting investor sentiment. 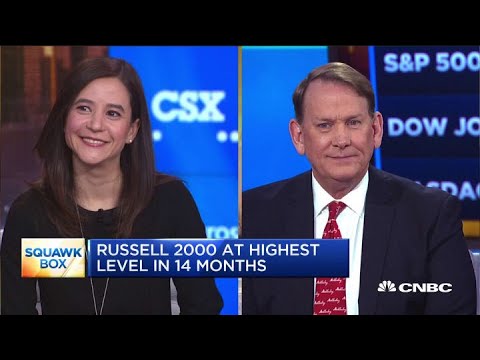 Following a strong year in 2019, Wolfe Research’s Chris Senyek wrote in a research paper that even if 2020 gets off to a shaky start, the stock market will continue to march on in a bull market.

While 2020 could get off to a rocky start, we expect U.S. equity markets to be up high single digits next year on the backs of (1) the Fed, ECB and BOJ collectively expanding their balance sheets by $1 trillion+, (2) the U.S. & China signing a ‘mini-deal’ that helps drive a modest rebound in business confidence, and (3) a moderate Dem winning the nomination.

This environment should lead to U.S. dollar weakness, rising longer-term yields, a steepening yield curve, and upward pressure on industrial commodity prices, as well as some episodic spikes in volatility.

The skepticism of bears in the recent stock rally is that, as the sentiment around the phase one deal dwindles, its upside movement would slow heading into 2020. However, favorable financial conditions, combined with a record low unemployment rate and a rare U.S. economic fourth quarter expansion, show that the stock market could really be just beginning.